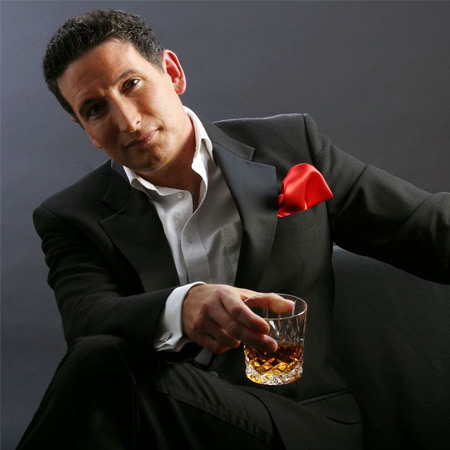 Rat Pack singer Kevin is a London born jazz-swing singer/ songwriter/bandleader with a charismatic stage presence. He has entertained royalty twice and been booked by many celebrities & sports stars for important private events and has sung several times on TV (E4′s Made In Chelsea, BBC3 & Wedding TV).  His exceptional vocal talent has been in demand for TV and radio commercials both in UK and Europe, including a TV advert with Hollywood movie star Naomi Watts and his Dean Martin ‘That’s Amore-style’ vocal for a nationwide radio commercial, plus voice-overs for music publishers and for San Pellegrino, PriceDrop.TV.

He’s been booked by luxe brands like Hermes, Louis Vuitton for campaigns/promotions in Far East & London and he was star attraction at both the New York & London launches of deluxe book The Rat Pack (by Reel Art Press) and is recommended by no less a figure than the President of SINATRA MUSIC SOCIETY (Ken Barnes).

This acclaimed Rat Pack Tribute singer, known for his unforgettable live vocal shows, proves time and again why he’s the first-choice Rat Pack Singer for weddings, functions & corporate events on the scene today.  So hire this Rat Pack & Swing maestro if you’re seeking the most impressive live renditions of all the great Rat Pack songs that you could currently hear - whether for a full dance floor, memorable background sets, superb over-dinner entertainment or a wow-factor show.

Or alternatively, choose his full in character ‘Frank & Dean’ rat pack tribute show. This superb live show features both of Kevin’s renowned  impersonations of both Frank Sinatra & Dean Martin: a complete lookalike/soundalike combined into a single tribute show interspersed with some great Sammy Davies Jr songs, to give you the whole Rat Pack experience without having to pay for usual trio of rat pack singers.

" We are so pleased we had you at our wedding...LEGEND! "

" Wow, when you and the band started playing we couldn’t believe how good you all were – we’ll definitely have you back again "

" I wanted the very best and you brought the sounds to life better than I could ever have hoped. You made Vegas and my guests still talk about your ‘Mr. Bojangles’. Thank you again! "