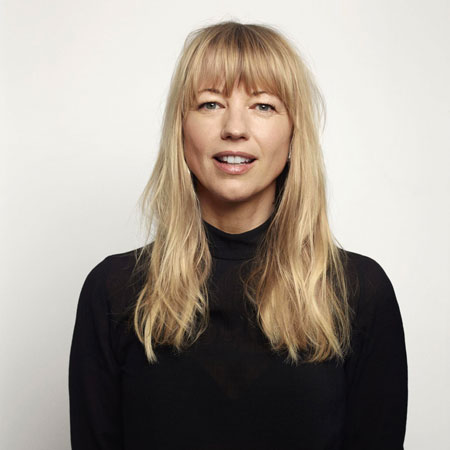 REASONS TO BOOK
Sara Cox is a renowned radio and TV presenter who has appeared on some of the most iconic shows of the past few years
The voice of radio show ‘Sound of the 80s’ host on BBC Radio 2
Broadcaster, model and DJ
Available as presenter, panel host, event host and awards host
Based in London UK and available for worldwide bookings
Conference Presenters, Celebrity Speakers, Presenters,Comperes and Event Hosts, Speakers and Hosts

Sara Cox is known to millions of listeners of Radio 2 as the voice of SOUNDS OF THE 80's and occasionally wakes the nation on the country's biggest radio show ‘The Chris Evans Breakfast Show’. Before moving to Radio 2 she was best known for hosting the Radio 1 Breakfast Show for 4 years, during those years she recorded ratings of over 8 million listeners.

Sara's TV career started as part of the team presenting notorious GIRLIE SHOW on Channel 4. She has appeared on some of the most iconic shows of the past few years including ‘Nevermind The Buzzcocks’, ‘The Apprentice You’re Fired’, ‘Room 101’ and a commentator on the ‘Eurovision Song Contest’.

Her recent presenting work includes 2 series of ‘The Great Pottery Throw Down’ and she is seen on BBC2 in 2018 hosting 2 new series ‘Back In Time For Tea’ and ‘Love In The Countryside’. On Radio 4 she is regularly contributing on the show ‘Loose Ends’. In 2013 she was a contestant in Strictly Come Dancing .

Sara Cox is in demand as a writer and columnist, previously for the ‘Sunday Mirror’, and now she is a regular columnist for ‘The Independent’.

A warm, but sassy presenter and an event host fit for panels and corporate events, Sara Cox is a true professional and is an instant hit at every event whether it be an award ceremony, conference, corporate event or TV appearance.

To book celebrity event host and TV presenter Sara Cox or for more information about booking an awards host contact our helpful team for Entertainment Specialists.