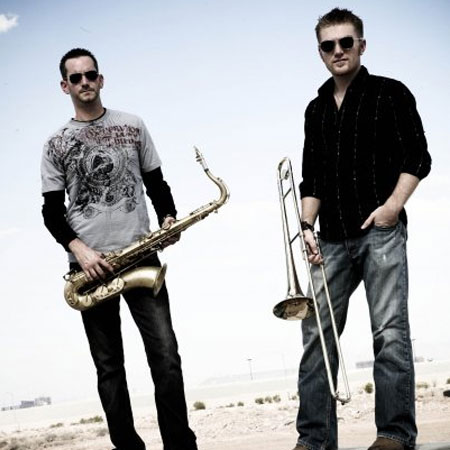 As two of the finest instrumentalists Las Vegas has to offer, this duo has been performing together for almost a decade and their shows include intense gritty energy and amazing virtuosity.

The pair – who play sax and trombone - combine funk, soul, rock, and jazz into an exciting blend and can perform with a 5 to 10 piece band, as a duo, or with a DJ.

These hugely talented musicians are in high demand as individual performers, and in the past have performed alongside the likes of Michael Grimm (winner of America’s Got Talent), Frankie Valli and The Four Seasons, The Zowie Bowie Big Band, Matt Goss and Dominic Allen (formerly of the rock group Foreigner).

This act has played in most of the major casinos in Las Vegas, including Mandalay Bay, The Venetian, The Bellagio and Aria at City Center to name a few. They have performed with and opened for Blake Sheldon, Glenn Fry and Joe Walsh, and Jerry Lee Lewis.