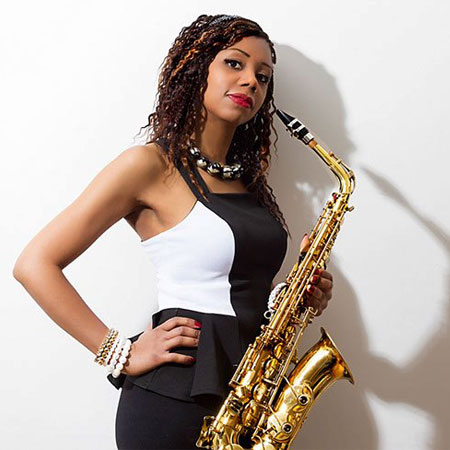 Sandra is a stunning vocalist and talented award-winning instrumentalist playing the flute, tenor and alto saxophone. She has toured extensively across the UK and abroad performing at festivals, corporate events, private events and made numerous TV appearances on Top of the Pops, Blue Peter and in the house band of Channel 5’s ‘Club Class Comedy’ with Richard Blackwood.

An experienced performer and a talented virtuoso she possess an extensive repertoire of genres including jazz, Latin, blues, R&B, soul, reggae, calypso, rock, pop, Asian, house, techno and drum & bass. She is also renowned for her legendary improvisations and original compositions. In her hands the powerful tones of the tenor sax, wild sound of the alto and sweet sound of the flute will send shivers down audiences’ spines.

Able to adapt her sound and performance to suit any event, whether you require a solo musician / singer or a musical accompaniment to a DJ or band - Sandra can deliver.