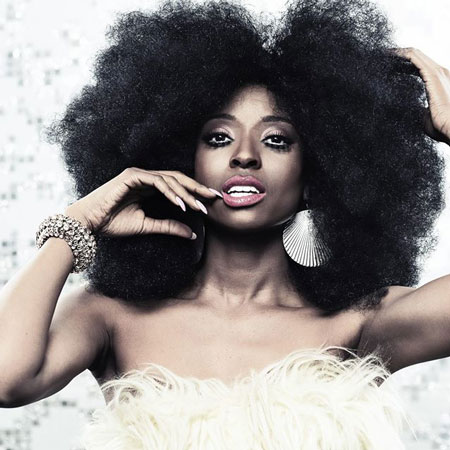 REASONS TO BOOK
Powerful soul singer performs outstanding ballads as well as dance the night away performances
An American Idol finalist who has performed in front of thousands worldwide
Performer in Boy George’s ‘Taboo’ in China as well as starring in London’s West End show ‘Thriller Live’
Can sing all genres and can adapt to suit the theme of an event or occasion
Based in Memphis and available for worldwide bookings
Live Music and DJ, Covers Singers and Duos, TV Show Talent Acts, Talent and TV Show Personalities

Our American Idol finalist provides powerful performances of soul music, pop, R&B and everything inbetween. An extremely talented female singer that radiates soul when she performs, our soul singer will make audiences’ hairs stand up on the back of their necks with her impactful performances.

With over 15 years experience of working within the music industry our soul singer has performed on American Idol in front of thousands of people emitting an empowering performance in true Whitney Houston, Dianna Ross fashion.

Not only has Trenyce’s voice taken her to giant TV shows such as American Idol but our female singer has starred in international musicals such as London’s West End show ‘Thriller Live’ as well as performing in Boy George’s ‘Taboo’ in China and in Dreamgirls the musical. A performer who can not only sing but can put on an impressive performance and dance as well as belt out ballads, our soul singer can bring the mood up in any venue and will provide breath taking performances that will leave your guests wanting more.

An act that is great for dance the night away entertainment to get your guests moving or as an act that can provide softer music as after dinner entertainment for corporate events and private parties. Our female vocalist can change the tempo of her set list to suit your event perfectly.

To book our powerful soul singer contact our Entertainment Specialists.