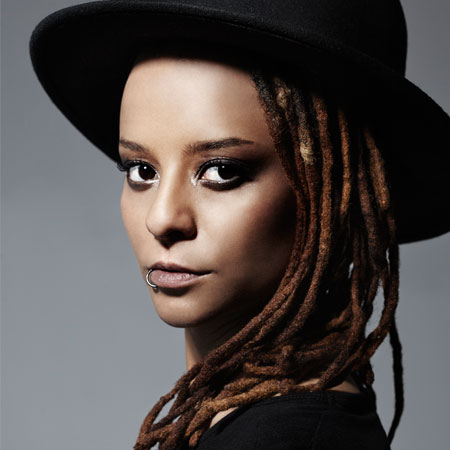 REASONS TO BOOK
A former child star, our experienced female MC is no stranger to the screen & a much loved TV personality
She is available to act as a compere at your event, presenting awards & charming audiences with her wit
Winner of 'Best Female Youth Presenter' and 'Best Presenter in a Variety Show at the SAFTAs
Previous clients include Coca Cola, London Youth Games, Chevrolet & Mitsubishi
Based in London & available to perform at events worldwide
Speakers and Hosts, Presenters,Comperes and Event Hosts

Half Italian half Zulu, Scarlett Entertainment's feisty event MC grew up in front of the camera, working on South African television since the age of 7. A naturally warm and engaging speaker, our female compere has had a varied career, presenting on screen, on radio and live at a wide range of events.

Nominated three times for Kellogg's 'Star in You' award and winner of 'Best Female Youth Presenter' and 'Best Presenter in a Variety Show' at the SAFTAs (South African Film and Television Award), our gifted event host brings her unique and bubbly personality to every event.

Having worked at numerous high profile venues and with prestigious clients including Coca Cola, ABB and Mitsubishi, our experienced emcee combines professionalism with an energetic on stage presence. Available to speak, lead proceedings, present awards and interact with guests, our female television personality sets audiences at ease whatever the occasion.