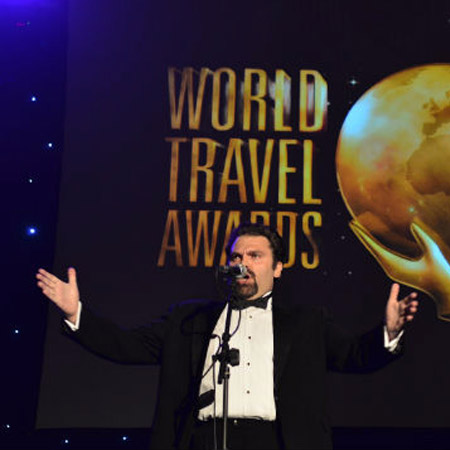 REASONS TO BOOK
Andew is one of the UK's leading opera tenors
Performed the National Anthem at Twickenham to a live audience of 80,000
Opera singer has sung with leading names in classical music - Karl Jenkins & Carlo Bergonzi
Male tenor has performed for Aiisha Ramadin to open her fashion show in 2009
Based in the UK & available to perform at events worldwide
Live Music and DJ, Classical Vocals

Classical vocalist Andrew is one of the UK’s leading operatic tenors. He has performed and recorded with many of the leading names in contemporary classical music, including Karl Jenkins and Carlo Bergonzi and sung in some of the most prestigious venues in Europe including the Teatro Verdi in Busseto.

Andrew studied at the Guildhall school of Music in London and the Oran Brown Seminary at the Julliard School in New York. He has trained extensively with the distinguished tenor Carlo Bergonzi in Italy, who has proclaimed that Andrew has "the finest tenor voice in the world".

Some of the highlights of Andrew's career include:

- Singing Pie Jesu with composer, Karl Jenkins and the Prague Philharmonic Orchestra.
- Performing the National Anthem at Twickenham Rugby Stadium before a live audience of 80.000 and a broadcast audience of millions more on the BBC and Sky Television.
- Performing at the World Travel Awards in Dubai
- Performing for Aiisha Ramadin to open her fashion show 2009

" Andrew is a great tenor and in my opinion one of the best in the world. "