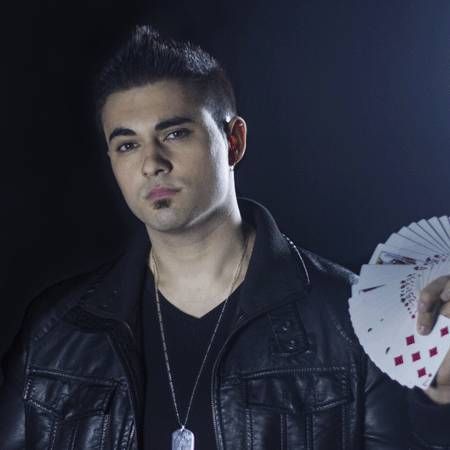 REASONS TO BOOK
A Toronto Magician who is deemed a rising star in the world of magic, this exceptional magician has gathered several of the top industry awards
A magic act that has been performed all over the world this exceptional magician has performed across the world
The youngest person in history to win gold at the ‘Canadian Championships of Magic
Perfect for corporate events, private functions, cruise ships, brand launches and more
Based in Toronto, Canada and available for worldwide bookings
Magic Stage Show, Illusionist, Cabaret and Stage Shows, Magic and Illusion, Magic and Illusion Show

A Toronto Magician and international illusionist who has astounded crowds all over the world with his remarkable stage show, this magic act is a guaranteed hit with international audiences and has been performed on many of the worlds largest cruise liners. Deemed a “Rising Star” in the world of magic today. His unique approach to magic has gathered several top industry awards and has taken him around the world, appearing on stage, cruise ships and television stations across four continents.

A Toronto Magician who quickly rose to success after he became the youngest person in history to win gold at the “Canadian Championships of Magic". He was named the "King of Magic" by the Toronto Star and was invited to appear on "Canada’s Got Talent” where he became a top 3% finalist in the country.

Performing with his stunning assistant Ashley, who has an extensive background in classical and contemporary dance the pair have completed tours of Asia, Africa, North America and Europe, and have appeared on hit television shows such as "La Grande Magia" which was filmed in Rome, Italy, as well as "Le Plus Grand Cabaret Du Monde", the largest variety television show in the world, filmed in Paris.

To date, they have also completed seven headlining Canadian tours, bringing their illusion show to countless events across eight provinces.

Having performed in Shenzhen, China our magic act was awarded Gold at the invitation only “Magic of China-International Magic Championships” as well as a Headline performance at the “International Magic Extravaganza” held in Bangkok.

In addition to many tours across the world our Toronto Magician is also fresh off appearances on both hit television shows, "Penn and Teller - Fool Us" and "Masters of Illusion" on the "CW" network.

A stage show that is available for all occasions, from Casino’s to Corporate events, Theatres to Fairs and Festivals, our Toronto Magician’s stage show can be customised to any event and boasts the ultimate event entertainment.

To book our exceptional Toronto Magician or for more information about stage shows and event entertainment for your occasion - contact our Entertainment Specialists today.