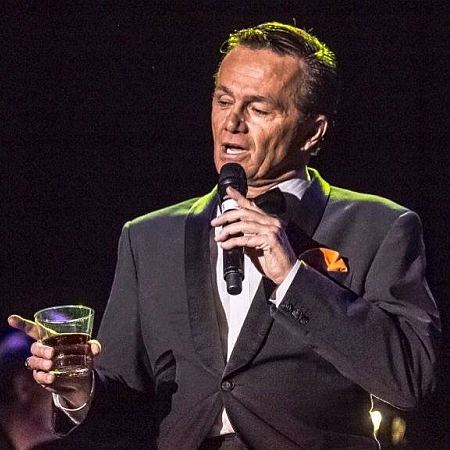 Winner of Las Vegas’ ‘2014 Male Tribute Artist of the Year’ and hailed as the ‘best Sinatra in Las Vegas’ by actress Pia Zadora, this act has been wowing audiences with his Frank Sinatra impersonations across the USA and abroad.

A gifted performer and professional actor, singer, dancer and comedian, his shows take audiences back to the golden era with renditions of ‘New York, New York’, ‘Fly Me to the Moon’, ‘Angel Eyes’ and ‘My Way’. He has the looks, the charisma and the voice and performs the ultimate Frank Sinatra tribute. As a testament to his professionalism and the quality of his performances, he has mesmerised audiences at the renowned Caesar’s Palace, Bellagio, Venetian and Mirage.

A top Frank Sinatra impersonator, this act will make your event one to remember.