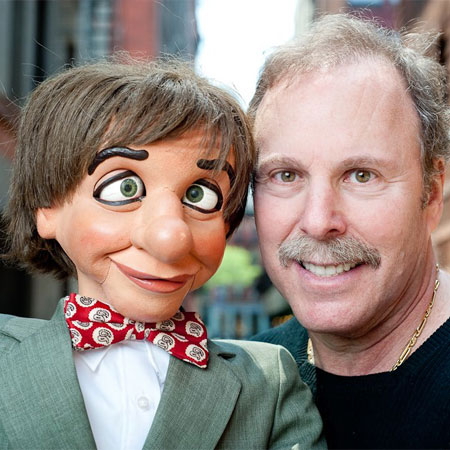 Able to offer clients over 30 years of experience performing, book our professional ventriloquist for your event and you will not be disappointed!

Highly adaptable, our comedy ventriloquist is best known for his adult performances but is also able to offer fun kids entertainment in the form of a children’s ventriloquist show, and was in fact awarded ‘Best Children’s Performer’ by General Audience. When booked as a children’s entertainer his ventriloquist show is especially geared to children including exceptionally funny and highly entertaining sketches that will guarantee spell-bound children for the entire show.

Our veteran New York ventriloquist has appeared on major television networks and performed as an opening act for leading headline performers such as Jerry Seinfield, Rose O’Donnell, Bette Midler and Andy Kaufman! He was also the only ventriloquist chosen to participate in The Miller Lite Comedy Riot Competition as well as a guest appearance at the prestigious New York Friars Club Roast.

Versatile, professional and experienced, book our comedy ventriloquist for corporate events in New York, as well as private functions, theatres, TV appearances and much worldwide.