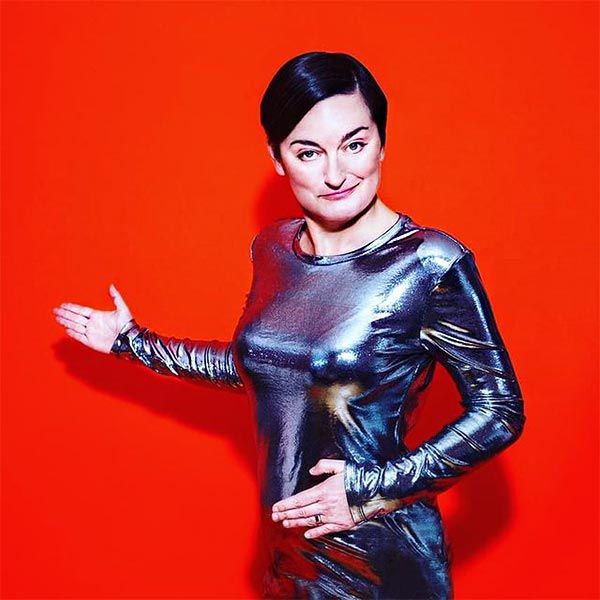 REASONS TO BOOK
A female stand-up comedian who has appeared on numerous TV shows such as Mock The Week and Have I Got News For You
Zoe specialises in observational comedy and her trademark high energy has gained her an ever-growing following
Has won various awards including The Funny Women Competition in 2004 and Dave's Funniest Joke of The Fringe Award in 2008
Radio credits include The News Quiz, The Now Show and BBC Radio 4 as a guest host
A well-known comedian sure to bring laughter and charisma to your corporate awards ceremony, private party or online event
Speciality and Novelty Acts, Speakers and Hosts, Comedy Act, After Dinner and Comedy Hosts

Since emerging on to the stand-up scene in 2004, award-winning comedian Zoe Lyons has toured the world with her caustic shows.

Zoe graduated from the University of York in 1992 with a degree in Psychology. She took her first steps down the comedy path in 2003 after training as an actress at the Poor School in London. Zoe went on to win the Funny Women Competition in 2004 and her debut Edinburgh show was nominated for the if.comedy newcomer award. Since then, Zoe has toured the UK’s stand-up circuit, as well as playing regular gigs in London and Brighton.

In 2007, her debut solo show, “Fight or Flight”, was nominated for the best newcomer award at the Edinburgh Fringe Festival. In 2008, her second solo show, “Mangled Mantra of the Messed up Modern Mind”, featured a joke which was awarded digital television channel Dave’s Joke of the Fringe.

Zoe featured in The Independent’s tenth annual “Pink List” for 2009, detailing the 101 most influential lesbian and gay people in Britain.

As well as appearing on Have I Got News for You, Celebrity MasterChef and being a series regular on Mock The Week, Zoe’s extensive TV credits also include Live at the Apollo (BBC1), The Apprentice: You’re Fired (BBC2), Room 101 (BBC1), Hypothetical (Dave), Dave Gorman’s Terms and Conditions Apply (Dave),  Pointless Celebrities (BBC1) and winner of Celebrity Mastermind (BBC1).

Radio credits include guest host of Radio 4’s The News Quiz, and a series regular on Just a Minute, The Unbelievable Truth and The Now Show. Zoe is also a regular on The Frank Skinner Show and The Jason Manford Show (Absolute).

Last year Zoe returned to the Edinburgh Festival with a new show Entry Level Human, which was praised by critics and audiences alike - and has just finished a nationwide tour.

Zoe’s trademark high energy, brilliantly observed routines and sharply written material have left her with an ever-growing fan base. She won both the Comedian’s Comedian Award and Chortle Award for stand up. Zoe’s debut hour at the Edinburgh Festival gained her a nomination for the Perrier Award, and she has hosted the prestigious So You Think You’re Funny Final in Edinburgh for the last five years