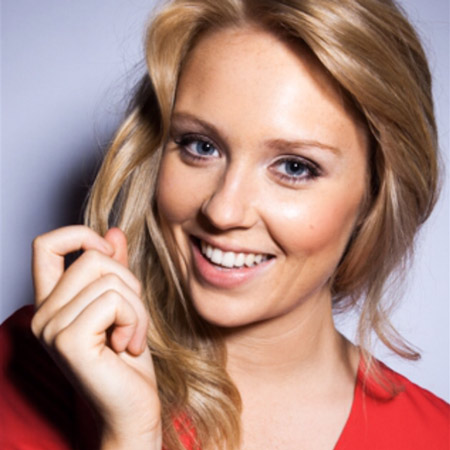 REASONS TO BOOK
Anna Whiteley is one of the UK’s leading sports broadcasters
TV host, presenter, voiceover artist, event host, compere and sports expert
One of the most recognisable faces in televised UK sport
Event clients include Hilton Honours, MasterCard and IMG Tennis
Based in the UK and available internationally
Sports Speakers, Speakers and Hosts, After Dinner and Comedy Hosts, Celebrity Speakers

Enthusiastic and professional with a fantastic sense of humour, Anna Whiteley is one of the UK's leading broadcasters.

When Anna isn't travelling the world on the PGA and European Tour, she has expanded her golf duties to co-hosting the European Tour's new, innovative, Golf Sixes tournament alongside Vernon Kay, broadcasting live on Sky Sports and over 40 other international rights holders. She regularly appears live on Golf Channel in the USA as a European Tour expert and hosts the European Tour's weekly online 'Season Pass' show.

Away from golf, Anna Whiteley reports for The Wimbledon Channel and Radio and has recently become co-host of the Champions Tennis at The Royal Albert Hall in London.

Her infectious personality and personable approach to presenting has sent her around the world to host Q&As, compere prize presentation ceremonies and live events, for the likes of Hilton Honours, MasterCard and IMG Tennis.

Anna has interviewed some of the world’s biggest names in sport and entertainment including Rory McIlroy, Rafael Nadal, Michael Phelps and Bill Murray to name a few.

The sports expert is available as a compere or event host for events all over the world. Contact us at Scarlett Entertainment to book this sports celebrity for your event.

" "Hilton worked closely with Anna across a number of our golf activation events, most notably in Italy and Dubai. We were nothing but impressed with the professionalism, humour and commitment she brought to hosting our VIP experiences. The feedback from all our guests was incredibly positive and she helped deliver the very high standard of events that we, at Hilton, pride ourselves on. She is a pleasure to work with and I would not hesitate in recommending her to other corporate organisations." "

" "I have had the pleasure of working with Anna over the last two years. Her engaging and enthusiastic personality combined with a clear knowledge of the sport of golf makes her highly effective in the media world. I particularly like the different angles she takes, and her eloquent and clear style really adds value." "

Martin Slumbers,Chief Executive of The R&A

" "We chose Anna as our presenter for Golfing World because of her unusual combination of complete professionalism with natural presence in front of the camera. There s no artificial TV presenter face switch that flicks she is very much at home and relaxed on screen, regardless of the nature of the job. Whether it s filming links for the show, a time pressured interview with a major star or presenting live at an event, Anna can handle a variety of different roles with skill and poise. She is always well prepared for interviews and is also a complete pleasure to work with switched-on, adaptable and smart. She has worked for us on a variety of different projects in a range of roles and has always impressed. I have no hesitation in recommending her as a TV presenter, event host and interviewer." "