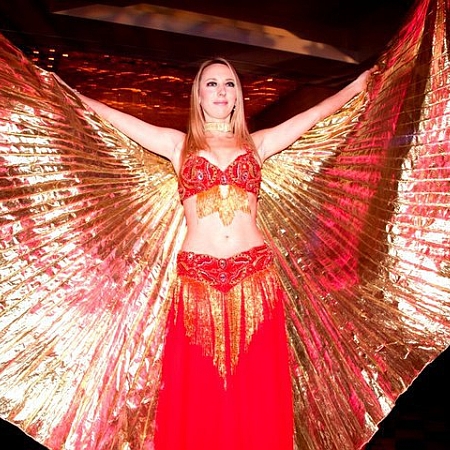 REASONS TO BOOK
Acclaimed belly dancer that has been featured on TV shows such as CSI
Performed for a wide range of audiences including royalty & celebrities
Offers a variety of oriental dance styles & an array of beautiful costumes
Previous clients include Universal Studios and Hyundai
Based in Los Angeles and available to perform at events worldwide
Dancers, World and Cultural Acts, Themed Entertainment, Belly Dancers, Arabic, Arabian Nights

This talented and beautiful professional belly dancer has travelled the world and performed shows for a wide range of audiences including royalty and celebrities. Based in Los Angeles, Shanti has been featured on TV shows such as CSI and Telemundo performing live with the Gypsy Kings.

She has performed at Universal Studios Hollywood, The Greek Theatre, Dorothy Chandler Pavillion, Gibson Ampitheatre, The Comedy Store Club in Hollywood, Humphrey's By the Bay, Palace of Fine Arts and for various corporate clients such as Hyundai.