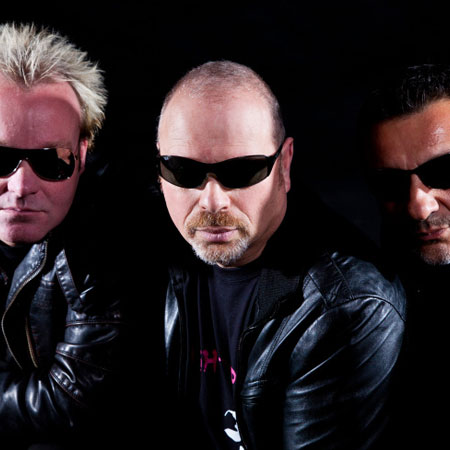 REASONS TO BOOK
Popular Wedding covers band performing Pop, Rock & Blues
Available as a trio or with a female vocalist
Can also perform Indie covers from Kings of Leon, Muse and Killers
Can also provide a solo option with a DJ set
Based nr Marbella, Spain and available to perform across Europe
Live Music and DJ, Cover Bands

Based in the Costa del Sol, southern Spain, this sensational act have built up a big reputation for being one of the most versatile live bands, with music fans from all over the world.

This highly professional band is made up of three established top musicians, who have years of experience performing across Europe.  Playing Classic Rock covers from the sixties up-to today’s music, they are very popular on the local Spanish music scene, around Andalucía on the Costa del Sol.

Every song is a classic rock anthem, aimed to get the crowd involved, by singing and dancing the night away.  This band has a big, tight, powerful sound for a trio.

" I would like to thank you on behalf of Catriona & David for the excellent music thatyou provided at their wedding. Please pass on this message to the rest of the band. For sure I will recommend you for future events and weddings. "

" Just wanted to say a big thank you for the performance. We had a great night and the band played really great....everybody was complimenting you afterwards! I dont think ive ever been at a wedding were the crowd cheered 'one more tune' when the band had finished. Also, thank you for letting both guests perform a song for us as that was a complete surprise and I had no idea they were planning that. "

" Jo and I just wanted to write to say thank you to you and the band for making our wedding even more memorable. Having been to dozens of weddings over the years people always remember the best mans speech, was there enough booze and were the band any good. My best man embarrassed me true to form, the booze flowed from the moment we walked out of the church (my top tip for anyone planning their own wedding - have ushers at the ready with champagne and glasses as people exit the church to save boredom during the photo shoot) and the band blew the roof off. The setting on the Beach at the Hotel Puente Romano was spectacular but not as spectacular as my Uncle Ray stage diving as you opened your set to Golden Earring's Radar Love - far cooler than Endless love! Thanks again for making the most memorable day of our lives even more fun. We will gladly recommend you to anyone who is thinking of trying to better our own wedding. "

" Donna and I wish to thank the band and yourself for a magnificent night al Hacienda Las Fuentes last week. Our guests, ranging from 9 years old to 86 years old were dancing and toe tapping for hours ! The variation of music was great for all ages, and the sound was perfect. Also a big thanks for also being our Master of Ceremonies. Feel free to pass on my details to anyone requiring to book you in the future. Thanks again for helping my Wife and I in making our day very special. "