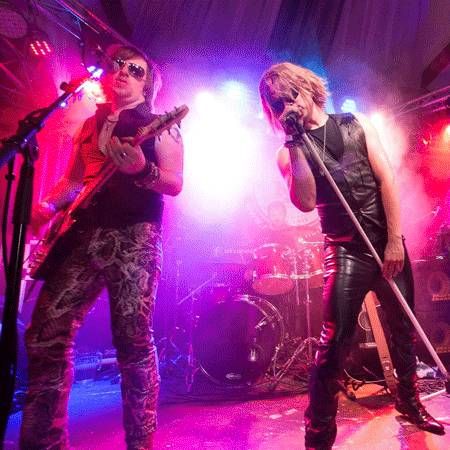 REASONS TO BOOK
One of the top Bon Jovi Tribute Bands
A tribute act that features some of the UKs finest professional musicians
Performs all of the greatest Bon Jovi hits and more
Perfect for corporate events, private parties, brand launches, festivals and more
Based in the UK and available for worldwide bookings
Other Tributes, Tribute, Lookalikes and Impersonators, Live Music and DJ, Cover Bands

One of the top Bon Jovi Tribute Bands in the UK our talented band of musicians have performed all across the nation, embodying everything about Bon Jovi from his greatest hits right through to his demeanour and look.

Featuring some of the UKs finest professional musicians, our Bon Jovi Tribute Band boast set lists crammed full of sing a long anthems, live favourites and greatest hits, making this show one of the best Bon Jovi experiences the UK has to offer.

With a lead singer who has appeared on TV shows such as the X Factor, The Singer Takes It All and Britains Got Talent our talented vocalist leads the band through some of Rock n Rolls most legendary songs and is backed by some of the UKs most highly respected musicians making for unstoppable event entertainment.

Boasting fiery guitar lines, backing vocals, bass, drums and keys this tribute act boasts a Bon Jovi experience that really is as close to the real deal as you can get.

With attention to detail in sound and performance, our Bon Jovi Tribute Band were described as “better than the real thing” by Club 85, Hitchin at their very first gig. Our Bon Jovi tribute act have also appeared live on FUBAR Radios Justin Lee Collins show where the listening audience were wowed by the bands acoustic renditions of Livin’ On A Prayer, Wanted Dead or Alive and Always.

To book our Bon Jovi Tribute Band or for more information about booking event entertainment and tribute acts, contact our helpful team of Entertainment Specialists.