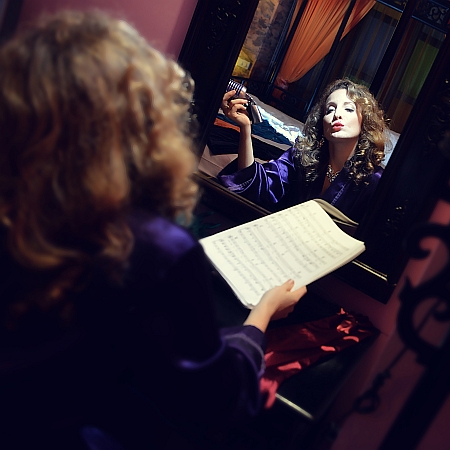 REASONS TO BOOK
Stunning vocals & classy style will add a touch of glamour to any event
Versatile performer at home in theatres & on stage in clubs & hotels
Extensive repertoire of Broadway hits perfect for a range of events
Made numerous international & national film & TV appearances
Based in Bangkok & available to perform at events worldwide
Live Music and DJ, Covers Singers and Duos

This American born professional singer and actress has a number of accolades to her name having appeared in numerous Thai and international films, TV shows and commercials, and appeared on stages across Bangkok in hotels, bars, clubs, lounges and theatres.

An extremely versatile performer, she brings a captivating charisma to her stage performances that when combined with her stunning vocals creates a performance unlike anything that you will have seen before. Her repertoire features an extensive range of Broadway hits and contemporary music with a theatrical twist. Dramatic and intense her performances take audiences on a thrilling journey back to the golden era of Broadway and sultry Jazz, and bring a classy and sophisticated atmosphere to any event.