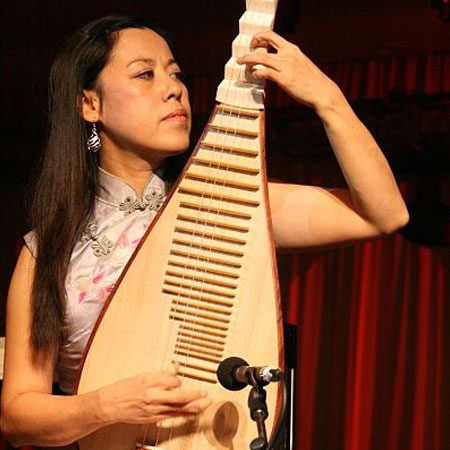 REASONS TO BOOK
Internationally recognised Chinese ensemble established in 1996
Promote a variety of traditional repertoires and contemporary styles
Performed at hundreds of concerts, festivals and workshops throughout Europe
Appeared at major venues include London Southbank Centre's Purcell Room
Based in London and available to perform at events worldwide
World and Cultural Acts, Chinese

Formally established in 1996, this internationally recognised Chinese Ensemble promote a wide variety of traditional repertoires as well as exploring contemporary styles.  Since its inception, the ensemble and its musicians have performed many hundreds of concerts, festivals and workshops throughout the UK and in Europe.

The group has appeared at such major venues as the London Southbank Centre's Purcell Room and Queen Elizabeth Hall, the Royal Opera House and at the Brighton, Edinburgh and Pontardawe (Wales) Festivals. In Europe and beyond, the musicians have performed at the festivals of WOMEX (Spain), WOMAD (Canada, Sweden and Finland), Spoleto (Italy), Masala (Germany) and Babel Med Music (France).

Apart from many published CD albums, the musicians are in demand for film and TV music recordings such as Disney's film Mulan and Shanghai Noon and the BBC's Wild China documentary.

Contact one of our Entertainment Team who will assist you in booking this or any other act on our global roster.

" An excellent group of Chinese virtuosi. "

" These are musicians to cherish, and to hear more often on the concert stage. "

Journal of the European Foundation for Chinese Music Research

" A wonderful performance by the Chinese musicians...unique... excellent and enthralling. "