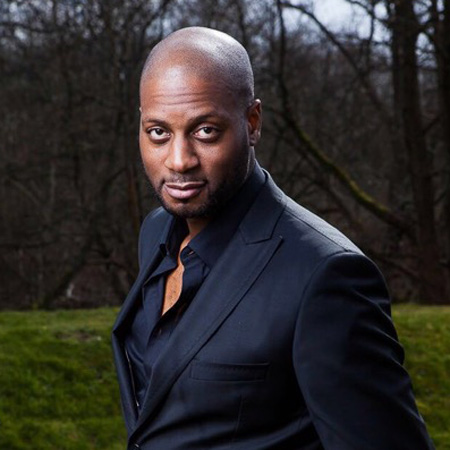 REASONS TO BOOK
Stunning bass baritone vocals that will captivate and enthral audiences
Extensive and eclectic repertoire featuring pieces by Mozart and Max Richter
Regularly performs with major orchestras, conductors and shows
Ideal for corporate events, functions, weddings and concerts
Based in the UK and available for events worldwide
Classical Vocals, Live Music and DJ

Hailed by Gramophone as a “singer to be watched”, this baritone singer has performed in numerous well-known productions such as Kenneth Branagh's epic film version of Mozart's The Magic Flute, Jude Kelly’s award-winning production of Bernstein's On the Town, appeared with the John Wilson Orchestra in the BBC Prom The Broadway Sound, and recently appeared as Crown in Porgy & Bess under the direction of John Doyle with the Royal Danish Opera in Copenhagen.

Alongside his extensive performance experience, he has also been awarded prestigious accolades such as being made an Associate of the Royal Academy of Music for his services and contributions to the music industry, and the Richard Lewis/Jean Shanks Award (2001). He will also be joining the BBC’s team of TV presenters in the 2014 Proms at the Royal Albert Hall, London.

His extensive and eclectic repertoire features pieces by Mozart and Max Richter, music from the golden age of musical theatre (Broadway 1940-1960) and classical crossover songs. His stunning vocals will captivate and enthral audiences of all ages and create an ambiance of elegance and sophistication that will serve as the backdrop for priceless memories. He has performed as a soloist alongside the Adelaide Symphony Orchestra in Australia and alongside the Czech Philharmonic singing the best-loved Broadway classics.

Perfect for corporate events and functions, weddings, private parties and flash mobs, this charismatic bass baritone singer will blow guests away with his moving vocal performances.