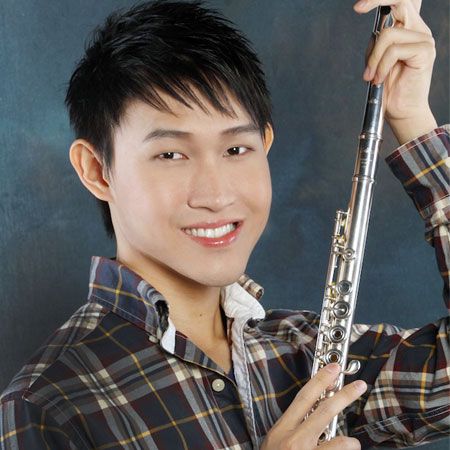 Classical flutist Mark has been the recipient of several prestigious international awards and has maintained an active career as a performer and educator.

A recipient of a National Arts Council grant, Mark was selected from an international pool of classical artists to compete at the world renowned Tunbridge Well's International Young Concert Artist Competition in London. Flutist Mark was a winner of the International Robert Walter Storr music scholarship, Australia.

As a classical recitalist, Mark performs regionally and internationally and had recently been invited to performed the Mozart D major flute concerto at the Esplanade recital studio. As a keen promoter of the arts Mark serves as the treasurer of the Flute Association of Singapore; a non-profit organization that jointly organizes the yearly Singapore flute festival which engages world class artists and manages the Singapore flute festival orchestra.

To date, Classical flutist Mark has maintained an active performance career and has given celebrated performances in this region as well as Australia and the United States.  He has collaborated in concerts that raised over $200,000 for charity and has appeared on Sri Lanka national TV performing the Chaminade Flute concertino.