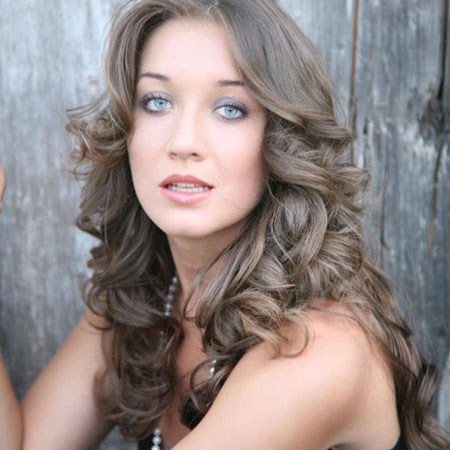 The beautiful Carly graduated from The Royal Northern College of Music (Manchester) last year. She studied for four years under the tuition of the well known British tenor, David Maxwell Anderson. Not only did she develop her voice and musicality at the college, she also frequently took part in operatic productions.

Prior to The RNCM, Carly was awarded a scholarship to train at The Arts Educational School, Tring Park (Hertfordshire), where she spent three years on their Musical Theatre Course.  Having spent time studying both Musical Theatre and Opera Carly enjoys portraying different roles and performing a wide variety of songs ranging from Mozart arias to the timeless Judy Garland classics, which has opened the doors to performing at lots of interesting venues.

She frequently performs in Southern Italy - where her family originate from – and this has lead to her singing on National Italian television on more than one occasion, primarily for events held for Miss Italia.  Carly has also appeared in a number of television commercials including Argos, Preston's of Bolton and McArtherGlen Shopping Outlets.