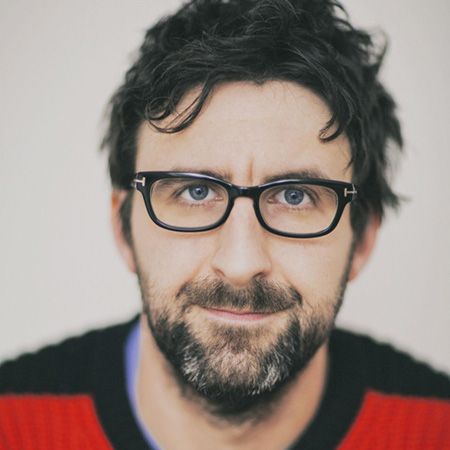 REASONS TO BOOK
Comedian Mark Watson boasts a hilariously funny stand up comedy show that will leave your guests in side splitting laughter
Edinburgh Festival Award Winner and Time Out Critic’s Choice
The face of BBC Four’s ‘We Need Answers’ and BBC Radio 4’s ‘Mark Watson Makes The World Substantially Better’
Appeared on Mock the Week, Have I Got News For You, Live At The Apollo and Channel 4’s Comedy Gala
Based in London UK and available for worldwide bookings
After Dinner and Comedy Hosts, Speakers and Hosts

Stand up comedian Mark Watson has been entertaining the nation for years with his hilarious stories and jokes that he tailors perfectly to the occasion, whether it be a corporate event, stand up gig or TV appearance.

The Edinburgh Festival Award Winner and Time Out Critic’s Choice, Mark Watson is one of the most talked-about British comedians to emerge in recent years with Time Out praising him as “Belly laugh brilliant”.

Mark has been the face of shows such as BBC Four’s ‘We Need Answers’ and BBC Radio 4’s ‘Mark Watson Makes The World Substantially Better’.

He has also appeared on Mock The Week, Celebrity Pointless, Have I Got News For You, Would I Lie To You? Live At The Apollo and Channel 4’s Comedy Gala. He is currently recording another series of his hit Radio 4 show Mark Watson Talks A Bit About Life.

In August 2016, Mark performed his latest show I’m Not Here at the Edinburgh Festival, and then went on to tour it around the UK from September – December 2016. The show has received 4 and 5 star reviews, with critics labelling him as ‘terrifyingly funny’ and reflecting on the hysterical laughter that echoes from the audience every time he steps on stage.

Not only a Stand-Up, Mark has written six novels:

Not only can Mark be booked as a stand up comedian for corporate events, private functions, TV appearances and festivals but he can also be hired as an awards host and MC and compere.

To book the hilarious comedian Mark Watson or for more information, contact our Entertainment Specialists today.