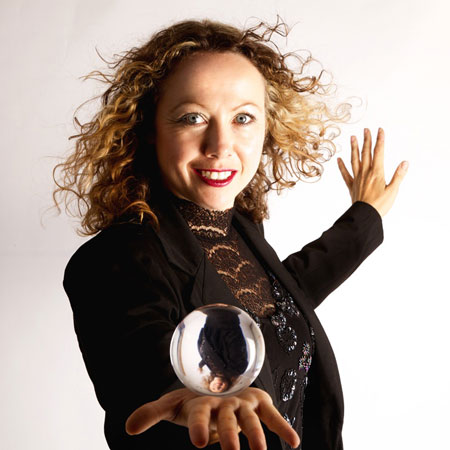 This contact juggler is one of the UK’s most talented and versatile performance artistes, who combines fire artistry, belly dancing, Living Statues, Balloon Artistry, Stilt Walkers and circus skills to create unique and thrilling spectacles.

After travelling the world to master the breathtaking skills that leave audiences captivated, our contact juggler has performed for The Queen and celebrities including Kylie Minogue. Her talents are in high demand for private parties, VIP events and society weddings. Her dramatic performances are also the perfect backdrop for corporate events and community festivals.

Contact juggling is a form of object manipulation that focuses on the movement of objects, such as balls, in contact with the body, rolling one or more objects without releasing them into the air.

The contact juggler performs this as a mesmerising stage show or a non-intrusive mix and mingle entertainment option with a range of costumes suitable for many themed events. She has performed this stage show at The Leicester Square Theatre and Proud Cabaret.

To book this incredibly versatile contact juggler please get in touch here.

" Sorcha was brilliant; extremely professional, really easy to work with and most importantly really, really well received by the audience! "

" The most personable and skilled performer I have ever hired. "

" All our guests were open-mouthed with awe all the way through the show. "

" Sorcha was great, fantastic costume and her interaction with the kids was very good. Thanks for sorting the booking at such short notice. "

" The feedback on your act has been fantastic! I've been asked by three different people if there were ropes holding the balls.... people were mesmerised! "