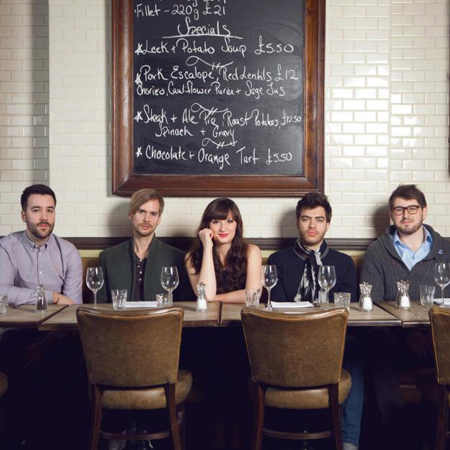 REASONS TO BOOK
Dedicated, professional performers with great energy and charisma
A versatile and hardworking act, who endeavour to cater to all requests
Have performed with musicians such as The Vaccines and Dan Reed
Line-ups range from a 4-piece to an impressive sound of a 7-piece band
Based in London and available to perform at events worldwide
Cover Bands, Live Music and DJ

Covers Band Collective are a group of session musicians who perform up and down the UK and abroad. Their sets consist of funk, soul, R&B, pop, and rock music played and performed to a very high standard.

All of the band’s members have performed with renowned musicians and bands such as The Vaccines, Nate Watts (Stevie Wonder), Liisi Koikson, Dan Reed (The Dan Reed Network) and many more. Covers Band Collective have also performed at well known venues such as Stamford Bridge Stadium and The Shepherds Bush Empire in London.

The band is made up of professional players that can offer customers Bandeoke, Rockeoke and corporate team building workshops as well as impressive performances. They are not just your average function band, always trying their very hardest to incorporate any requests into your evening to make it 100% perfect.

Covers Band Collective are all dedicated, professional performers, all members have a degree in music performance and put on a show that is full of great energy and charisma. Their line ups can vary from a simple four-piece up to a massive, commercial sound of 7, so what are you waiting for? Get in touch now!

" The Covers Band Collective performed at our company’s annual Christmas party. They worked around our needs as the event consisted of various performers throughout the evening. We employ around 300 people of mixed ages and backgrounds. They played music for all to enjoy including some Irish pop and folk songs on request. They were flexible and played past the agreed time and interacted with the audience, even involving them during some of the more festive songs. A great sounding band, I’d recommend them for any event. "