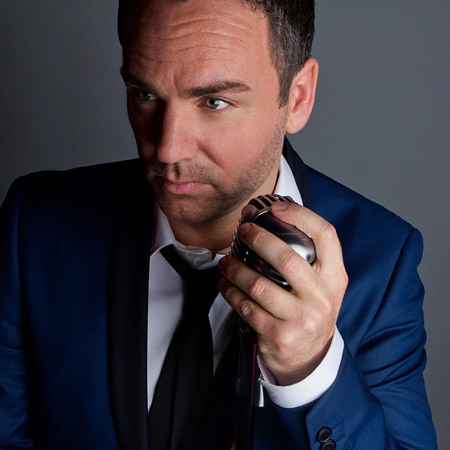 REASONS TO BOOK
Versatile multi instrumentalist solo singer with a timeless voice
Performs with backing tracks or whilst playing guitar or piano
Large repertoire from 60s and Rat Pack to acoustic pop and party songs
Over 10 years experience as a wedding singer and professional solo singer
Based in South West London and available throughout the UK and Europe
Pianists, Jazz,Swing,Blues and Jive, Live Music and DJ, 1920s and Vintage Music, Covers Singers and Duos

Our Event Singer UK is a very experienced and versatile entertainer who has over 10 years experience as a wedding singer. Over the last three years, he has also been working as multi instrumentalist solo singer providing a vast array of live music for multiple event types.

The South West London solo singer has used his skills as a multi instrumentalist to compose his own arrangements and create wonderful renditions of cover songs tailored to different audience types. You can book the Event Singer UK to provide a one-man show with a selection of high quality backing tracks, which he uses when booked as a wedding singer. Alternatively, as a multi instrumentalist he can play acoustic guitar or the piano at your event whilst singing a selection of acoustic covers.

The solo singer has a very versatile and timeless voice that has been compared icons such as Nat King Cole and Lionel Richie. His talents enable him to manipulate his vocal range into covering a wide range of songs that spans from the 1960s, Rat Pack, jazz and swing to acoustic pop, party songs and classic standards that everybody knows.

As a seasoned professional event singer, he has performed at some of the UK's most prestigious music venues from the Hilton to Ronnie Scotts as well as a Children with Cancer event at the Grosvenor House Hotel in front of a star studded audience of 1100 people.

Top Tip:
Book this wedding singer top provide the entertainment on your big day whether it be for the ceremony, drinks reception or to kick off your evening party.

To book the stylish solo singer for your special event, please contact us at Scarlett Entertainment.