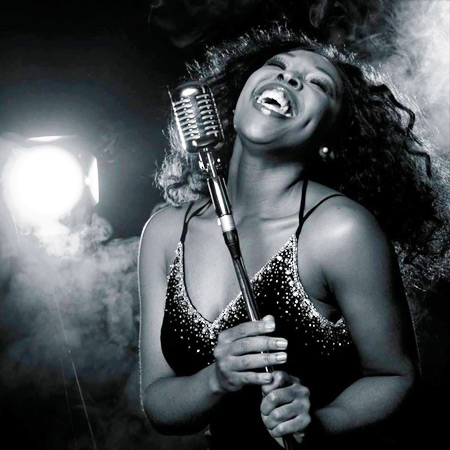 REASONS TO BOOK
Talented vocalist who is becoming known as ‘The Voice’ of Germany
A powerful singer who performs with real sass, drama and attitude
Won her first international singing competition in the USA aged just 12
Has performed in Broadways musicals including, The Lion King and Hairspray
Based in Hamburg and available to perform at events worldwide
Live Music and DJ, Covers Singers and Duos

Female Vocalist Nonhle is a South African born, German based singer, actress, songwriter, mc and author. She has become well known, more recently as a contestant on the international talent show, The Voice of Germany where she has been very successful, performing with real sass, drama and attitude.

Nonhle is a graduate of both the New York Film Academy, having studied Acting for TV, Film, and Theater and the Tshwane University of Technology where she studied Musical Theatre, she is a born entertainer and a true talent.

Nonhle has been singing since the age of 5 and won her very first international singing talent competition at just age 12 in the USA. She has since never looked back, performing with her own band for prestigious events and concerts in South Africa, the USA and Europe.

Female Vocalist Nonhle can perform a range of covers as well as her own stunning originals. Her vast repertoire includes pop, RnB, soul, jazz, gospel, afro pop and much more, making her a wonderfully diverse artist, perfect for a wide range of events.