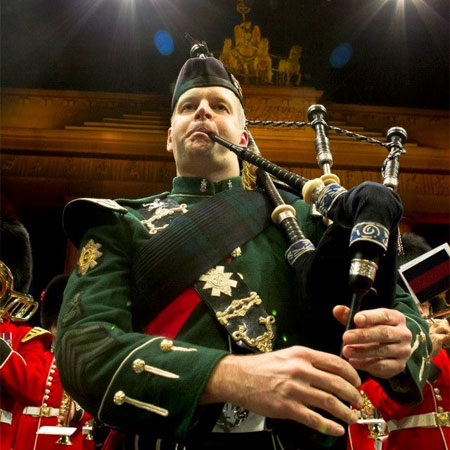 REASONS TO BOOK
Will bring an authentic taste of the Highlands to your event
Over 28 years of performance & playing experience
Repertoire includes: “Highland Cathedral” & “Scotland The Brave”
Has won numerous national & international competitions
Based in Frankfurt & available to perform at events worldwide
World and Cultural Acts, Bagpipers, Scottish, Live Music and DJ

Since beginning his study of the Scottish Highland bagpipe in 1986, Marco has received tutelage from renowned player Jimmy McCowat in his home town of Giessen, and some of the most renowned piping instructors in Scotland at the Collge of Piping in Glasgow.

He has spent 10 years performing with the Frankfurt based pipe band ‘The Clan Pipers’ with which he had great success winning both national and international competitions. He has also played for ‘The Odenwald Pipes and Drums’ and the ‘Heidelberg & District Pipe Band’ before going solo in 2011.

Throughout his career he has performed at renowned musical events such as the Basel Tattoo in Switzerland, the South African Tattoo, Berlin Tattoo, Malta Military Tattoo as well as at the festival of Rock in Rio Lisbon 2012 alongside global stars such as Robbie Williams, The Rolling Stones, Linkin Park, Arcade Fire and Justin Timberlake.