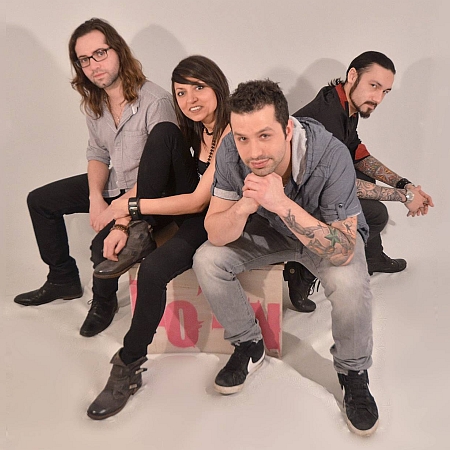 REASONS TO BOOK
A unique French Pop Rock band composed of up to 7 musicians
Their rock sound is light and funky and their melody, catchy
Successful debut album has achieved regular radio playtime
Performed on Normandie TV, Mirabelle TV and TV Loreina
Based in Paris and available to perform at events worldwide
Cover Bands, Live Music and DJ

This French Pop Rock Band are a high energy, alternative sounding pop rock group that are fast becoming one of the more popular live bands in Paris. Credit is due mainly to the success of their maiden album released in 2013 which has achieved regular radio playtime. This has opened the door for the group to reach out to people with their unique pop-rock fusion.

Composed of talented and creative musicians coming from varied musical influences, the group has focused on the pop-rock genre as its venue for creative expression. Their beat is light and funky and their melody, catchy.

Performing at corporate events, festivals and private parties, French Pop Rock Band has steadily built a solid fan base all over France. Their shows are dynamic and highly interactive - qualities that endear them to their audiences.