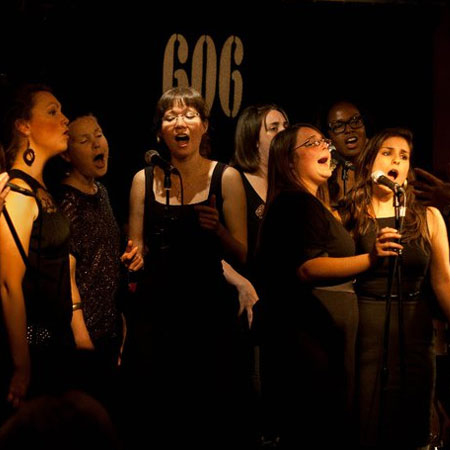 The choir's music is rooted in contemporary gospel, with a unique blend of jazz, soul, funk, latin and “modern classical".  There are twenty-five singers at full strength, and the choir is dominated by professionals, many of whom are prominent in London’s jazz, rock and show scenes. In their eight-year existence they have been home to lead singers from West End shows and jazz and soul recording artists, as well as seasoned choral directors, session singers and songwriters.  Similarly the band is drawn from London’s deep pool of session and jazz talent.

The shortage of repertoire compatible with the Roman Catholic mass has meant that the choir has commissioned a great deal of original work: five entire mass settings (including one by renowned British jazz guitarist and band leader Dave Okumu), ten psalm tones, over thirty rearrangements of traditional songs (eg. “When I Survey the Wondrous Cross”, “Soul of my Saviour”) and well over fifty entirely new works.

" I have nothing but superlatives to say about this choir "

" A musical powerhouse [producing ... music which is] constantly surprising in its beauty "

" This choir are undoubtedly one of the most gifted and innovative choirs on the music scene today. They are talented, hard working and their commitment and quality leads to a first class performance - every time. "