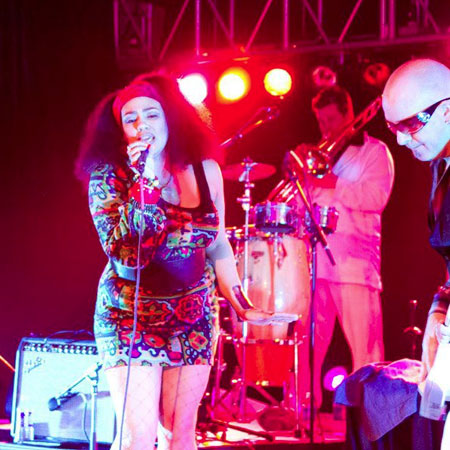 REASONS TO BOOK
This A-List band will have your guests dancing & talking about your event
Since 1997 they have provided exciting music for the most exclusive events
Perform a mix of current dance music along with hits from past decades
Shared the stage with A-List acts such as Sheryl Crow & Michael Buble
Can perform a tribute show to Earth Wind & Fire and also to Steely Dan
Cover Bands, Live Music and DJ

Since 1997 this St. Louis based Party Band has been providing exciting music for the most exclusive events. They have shared the stage with such A-List acts such as Sheryl Crow, Michael Buble, The Guess Who and John Waite. The party band provide a variety of different performance options, from a full 7 piece band with horn section, to a scaled down 5 piece for smaller events.

There are also multiple options for what type of show the group will perform. Beginning with a high energy show that includes a mix of the most current dance music, along with all the hits from past decades, they also offer special tribute shows. "Shining Star" is a tribute to Earth Wind & Fire. "Showbiz Kidz" a tribute to Steely Dan. "Groove 54" is a tribute to Disco and a tribute to "70's American Top 40."

Whatever the occasion, this A-List band will have your guests dancing and talking about your event!

" Not only a great band but they are also special people. They exude energy and are completely personable without ego. These are great guys and they are extremely talented in their craft. If I go to their show I know it's going to be a great evening. I was able to recommend that AB hire the band to play our recent Anheuser-Busch Christmas party where they opened for Sheryl Crow. In my personal opinion, they showed her up big time! They performed their Steely Dan tribute and totally rocked! Anyone who books them is sure to have a great night of music, along with some equally great guys! "

" For the last four years, the band has performed at the Boone Hospital Foundation Gala. It's the hospital's largest annual fundraiser and when we list them as the entertainment, we know we will draw another packed house. I'm also a personal fan of the band, and this group can jam with the best! Thank you! "

" You just wouldn't believe all of the people that just can't stop talking about their performance at our Grand Opening Party for the new St. Louis location! They are able to perform such complex, great music that the average band wouldn't even attempt. We even partied with them the very next evening at The Ritz Carlton Hotel because we couldn't get enough! We had the best time and we really appreciate what they do. "

" When I asked a trusted friend in the Entertainment Industry what Band I should hire for my wife's birthday party, he quickly told me there was only one that he could recommend! He explained that this was the only band that could play everything from the most intense party songs, to beautiful slow songs, while including everything in between. And boy was he right. All night my guests were asking me where did I get this band? They had assumed I had flown them in from New York or LA. I told them no, they were based right here in St. Louis, which shocked them even more. While I could've hired just about any big name star for my event, I could not have been more pleased with the show they put on for our guests. They are an amazing top notch, A List Band! "