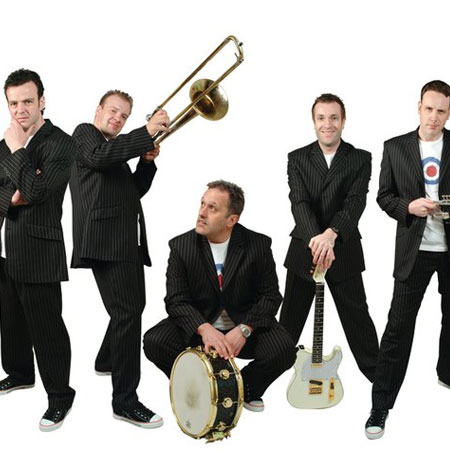 This act are a 6 -16 piece band playing live music at weddings, functions and corporate events throughout the North East, Scotland, Yorkshire and across the UK. They are one of the most requested wedding bands in the country and have played thousands of UK and International gigs. These including weddings for major sporting stars, awards ceremonies, post conference parties, charity balls and key corporate events such as the Coronation Street 40th Anniversary. This popular live band have appeared on the same bill as many household names in the entertainment world.

The band have recently worked with Ant and Dec on a celebration for the Donnelly family and played at Alan Shearer's 40th birthday party. The band's stellar performances have gained national recognition receiving fabulous accolades on the Chris Moyles show and other national radio stations. The Hip Party Band have also appeared a number of times for the Jordanian Royal Family, becoming their first choice for family celebrations.

Delivering top quality live entertainment in a wide variety of musical styles, from party music to big band, soul music and the best in wedding music.  They are a wedding band, function band, corporate event band and party band all in one, delivering no- compromise entertainment, whatever the event. The band come with a dedicated state of the art lighting system and sound system which can be scaled up or down depending on the size of your event.

The Hip Party Band guarantee you a unique, exciting, energetic and fun event. It's top quality entertainment delivered by professional musicians and tailored specifically to your needs and those of your audience.

" Loved working with you, what an atmosphere!! Great band, great guys! "

" Whatever the occasion, a Charity Ball, Corporate Entertainment, Weddings or Festive celebrations, the Hip Party Band can cater for everyone. "

" Thanks guys, my parents loved it, you made the anniversary party, Ant and I loved singing with you guys!! "

" Just to let you know all went well at Gainsborough the guys were great and very very professional . The dance floor was never empty from the band starting to the disco finishing and my client was delighted!! THANK YOUI would not hesitate to use you or recommend your services, to be honest although I have seen a show reel I have not seen the band live....what a treat... my foot was tapping during the warm up and you just know you have made the right decision. "

" Thanks to Steve and the band for helping make my birthday the most memorable yet, every box was ticked! "