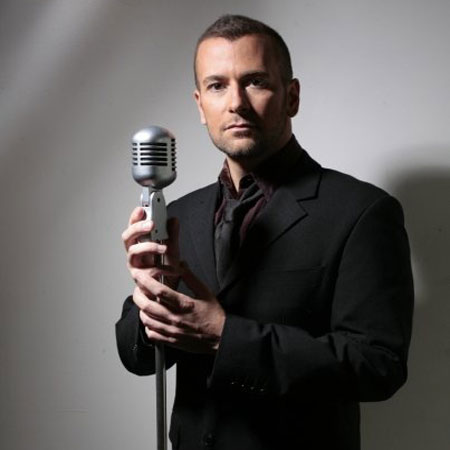 REASONS TO BOOK
International countertenor with an extraordinarily broad vocal range
”A unique and vibrant voice that breathes life into every tune”
Heard on every major record label from Madonna to London Philharmonic
Repertoire includes opera, classical, jazz and popular favourites
Based in Florida and available to perform at events worldwide
Live Music and DJ, Classical Vocals

With an impessive broad vocal range and natural fluency in a wide range of musical styles, International Countertenor Terry is a performer who sits in a class of his own. Using an extraordinary rare vocal range this versatile vocalist is a true talent who can be heard on every major record label, from Madonna to the London Philharmonic Orchestra.

Having been featured on some of the world’s largest stages, Terry has also worked with many of the music industry’s most prestigious songwriters, composers and producers. Whether performing opera, jazz or popular favourites, Terry breathes new life into everything he sings.

As a member of the multiple Grammy-winning ensemble Chanticleer, Terry was called “...the jewel in Chanticleer’s crown...” With them, he worked his way through the repertoire, performing opera, classical, gospel, jazz and folk music in a dozen languages at over a hundred concerts around the globe.

Whether providing fresh interpretations of the classical repertoire, working with artists to create the perfect sound for their compositions, or breathing new life into standards, countertenor Terry demonstrates the breadth and diversity of his musical talent in every project.

" Performances of great vitality and verve! "

" He has a free and beautiful countertenor voice with a spinning sound and a joyous quality…He is a thoughtful and analytical musician, which together with the vocal quality I describe, must be a winning combination. "

" A rippling tone of warm silver, both exciting and tenderly moving, that is unusually satisfying. "