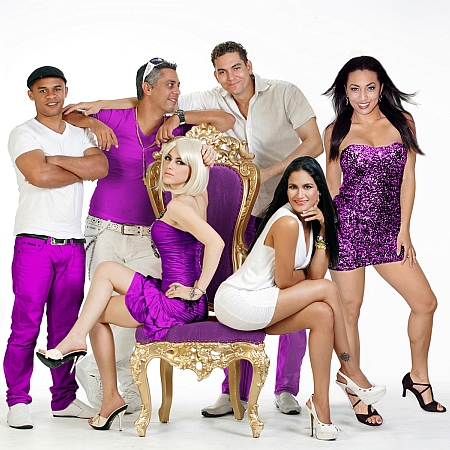 International Latin Band is a cuban based group that has been travelling extensively to perform and promote their unique brand of music. This fusion of latin sounds and contemporary pop and dance music has attracted fans and followers around the world, making this Latin Band a sought after talent.

Established in 1999, this energetic and creative band composed of 7 highly talented musicians has already produced two albums released in Cuba and Spain. They have also performed in countless shows in countries such as Italy, Spain, China, Vietnam, Cambodia, and Venezuela.

What makes this group a hit with the international audience is its ability to mix traditional Latin music, such as the salsa and merengue, with contemporary sounds, creating for an upbeat fusion of danceable music. Perfect for dance parties and events where audiences are expected to groove and shake with the music.

International Latin Band's longevity in the business can be credited to it's constant desire to be better. As a result, It has become one of Cuba's most in demand groups, playing for clients like the Hard Rock Cafe, Pacharan Saigon, Apocalypse Now Disco, FCC Cambodia, just to name a few. They are frequent performers in corporate events, festival concerts, hotel shows, clubs and restaurants.