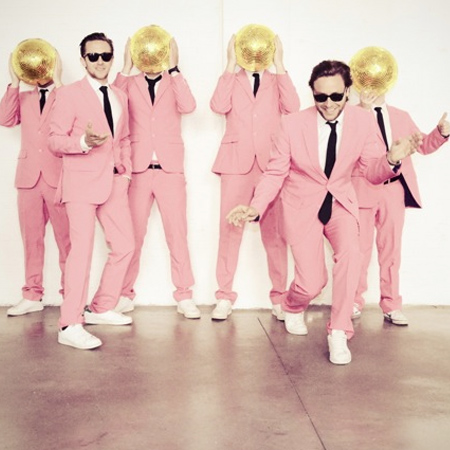 Propelled by a new set, a dream and an infectious set of songs, this band's aim is to grasp every audience "people simply must dance during our show" says vocalist Domien. The group's music is a fine selection of styles ranging from Disco // Electro // House // HipHop // Dance // Soul and Rock. Their influences include: Earth Wind & Fire over Bruno Mars back to Whitney Houston, Daft Punk, and many more...

The band's ability to master both an immense music catalogue and quickly adapt to new sheet music inspired producers of national TV-shows such as “Sean Late Night” on JIM to invite the high-power sextet as house-band, catering for the musical content of the show.

This established band started out in 1999 – six youngsters who met at the Antwerp music academy and decided to broaden the principle of "just another cover band". Throughout the years, they have become the reliable factor when it comes to organizing events like: festivals, corporate events, club shows but also delivering the music message to private parties.

The band have also proven their success in performances at Studio Brussel, Marktrock, Polé Polé Beach, Suikerrock, Amsterdam Fashion Week and many others.