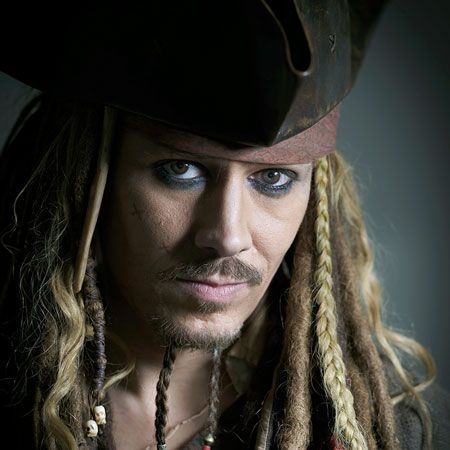 Whether escorting your guests down the red carpet at your very own Oscars or welcoming your guests aboard your pirate party with a rum cocktail, this act will make it an event to remember.

Simon is amazingly realistic, painstakingly researched and with incredibly accurate costumes, and uncannily accurate mannerisms.  He is Able to stay in character for the whole event from a meet and greet as the guests arrive, through to mix and mingling with everyone as the event progresses, handing out awards and presenting prizes.

He comes highly recommended by all the top lookalike agencies and other performers. He has years of experience in the entertainment industry working with some of the most respected companies in the world.  Simon was also Johnny Depp’s official photo double in the "Pirates of the Caribbean - On Stranger Tides", and has been used for various TV adverts across the world as Captain Jack.

Available for a whole host of events from corporate parties, themed events, PR stunts, bar launches to private parties for the old and young alike. He has appeared at events all over the UK for some of the most well known companies in the country including, most recently Alton Towers, Admiral Insurance, BT, Cineworld, Coca Cola and DSGi (Dixons Group), Time Warner as well as appearing in HEAT magazine.

" Not only a great lookalike but he adds so much value by being Captain Jack for the evening... Even now, over a week after the event, people are still talking about the fact he stayed in character all night! "

" He simply was fantastic and provided superb entertainment throughout our Hollywood themed evening, I cannot get over how good his mannerisms are! Thanks again for your hard work! "