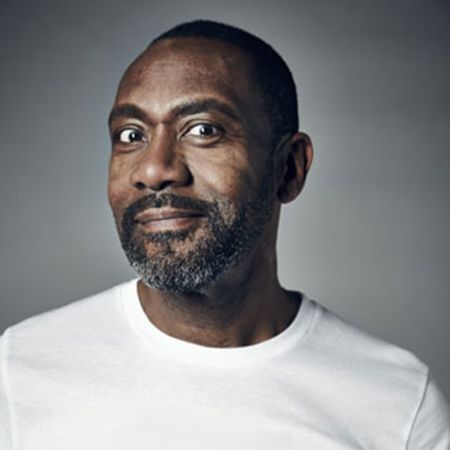 REASONS TO BOOK
A cult children's TV star, Iconic British comedian, award-winning actor and much-loved personality
Has been on our screen since the late 1970s and was the first British comic to make a live stand-up comedy film
Has extensive experience from stand-up comedy to documentaries to acting to award hosting
Received a knighthood in the Queen’s Birthday Honours for services to charity and drama
Available for hosting a variety of events as well and making special appearances
Speakers and Hosts, Celebrity Speakers

Sir Lenny Henry began his career at the age of 16, rising from being a cult star on children's television to becoming one of Britain's best-known comedians, as well as a writer and an award-winning actor.

First finding fame as a comedy impressionist on a 70’s TV talent show, Lenny has appeared in numerous TV shows, and selling-out live stand-up tours in the UK, Australia and New Zealand. His work has won him many awards including the Monaco Red Cross and The Golden Nymph Award at The Monte Carlo Television Festival, the Radio & Television Industry Club Award for BBC Personality of the Year, The Golden Rose at the Montreux Television Festival and a Lifetime Achievement Award at the British Comedy Awards. In 2016, Lenny was awarded the British Academy Television Special Award.

From comedy to acting

In 2009 Lenny made his West End acting debut in the role of Othello in the Northern Broadsides production at the Trafalgar Studios. His portrayal won him huge critical acclaim and the London Evening Standard’s Milton Shulman Award for Outstanding Newcomer.  Other stage roles Lenny has been praised for include Antipholus of Syracuse in The Comedy of Errors and August Wilson in Fences.

Recognition of work and Knighthood

Lenny was awarded a knighthood in the Queen’s Birthday Honours for services to charity and drama, which he received in 2015.
The following year, Lenny was awarded a fellowship of the Royal Television Society, alongside a Judges Award for his work raising awareness of diversity within the television industry. He was also honoured with the Alan Clarke Special Award in recognition of his outstanding creative contribution to television at the 2016 BAFTA Awards.

Alongside his work on stage and screen, Lenny is probably best known for his role in Comic Relief, the charity he co-founded with Richard Curtis in 1985.  Lenny is also a vocal advocate of Diversity in the Arts and in 2018, having completed a course at Royal Holloway University of London, Lenny received a PhD in Media Arts.

Lenny’s stage presence, energy and skill makes him a perfect choice for corporate events.  One of the most experienced acts on the circuit, he brings that extra star quality, professionalism and always a personal and tailored performance to any event. Contact us to book Lenny for your event.