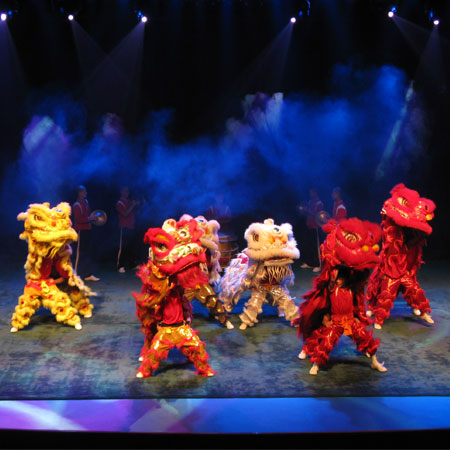 If you’re looking for traditional Chinese entertainment for your event look no further; this traditional Chinese lion dance has been performing at prestigious festivals and events around the world for several years to great acclaim. Originally performed during the Chinese New Year and on cultural and religious festivals the lion dance is also now performed at important occasions and celebrations and is often requested for business events, weddings, and awards ceremonies.

Hailing from Henan Zhengzhou - the hometown of Shaolin Kung Fu - this lion dance is performed by experienced Shaolin Kung Fu masters. Complete with authentic colourful costumes and accompanied by a band playing traditional Chinese instruments this performance will bring an authentic taste of China to your event.

Their performance can be adapted to suit venues of any size with 1 to 8 lions and with or without the addition of a live band.