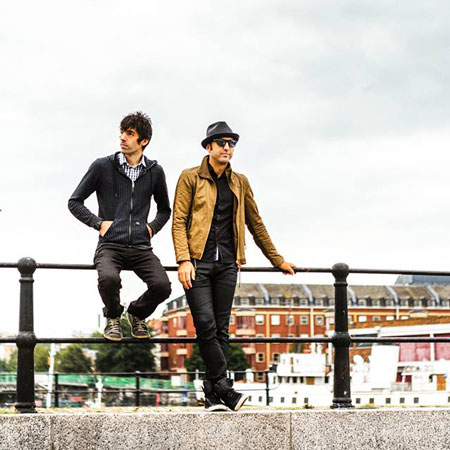 This three piece British rock band are the first British band in history to have produce an original album all sung in Mandarin!

Three years living and performing in Taiwan had a profound effect on the band’s lives and their music, and so they began writing original songs in Mandarin the first of which has over a million views on youtube - an instant hit! Their unique music combines an exciting fusion of eastern and western musical influences; a rock foundation with Asian rhythms and melodies that inspire audiences from all corners of the globe.

2012 was a landmark year for the band, it saw them received the honour of writing the official theme song for the Taiwanese Olympic team for the London 2012 Games, making them the first ever foreign band to undertake this task.

Since then the band have been performing at events all around the world and their songs have become a popular way for people to learn the Chinese language and as such they have received invitations from schools all around the world to perform, present and teach workshops. The band appear at a duo as standard but can perform with an additional musician if required.

Inspirational and exciting this band gives outstanding live performances presenting Mandarin to the world in a relatable and fun way. Full of energy and personality, they will be the perfect addition to your event.