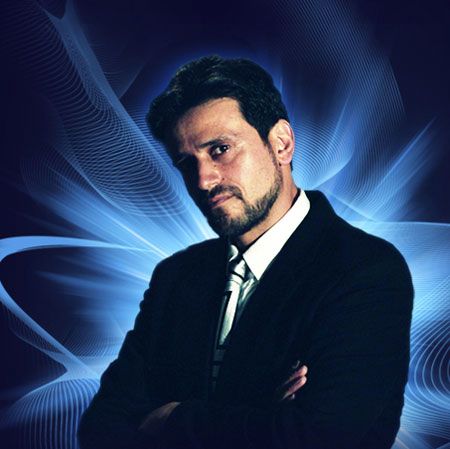 REASONS TO BOOK
A superstar mentalist who has featured on numerous television shows internationally including the Today Show and Ellen
Creating mystery through demonstrating impossible feats that even the most toughest sceptics can’t explain
A master of mentalism, this corporate entertainer has performed in over 30 countries for some of he biggest brands
Our mentalism mind reader USA can also be booked as a speaker who opens peoples minds to tapping into potential and possibilities
Based in New York and available for worldwide bookings
Walkabout Entertainment, Magicians and Mind Readers, Magic and Illusion, Mentalist

Our mentalist mind reader USA is internationally recognised as a superstar mentalists with numerous appearances on television shows from the Today Show to Ellen and more, this exceptional mentalist creates experiences that leave lasting impressions on all of his audiences.

With a unique interest and ability to use his art as a mentalist to create mystery our US mentalist demonstrates impossible feats that even the most sceptical of people can’t explain.

Creating an environment where people can suspend their ideologies of what is possible, this US mentalist creates a fascinating speaking topic for conferences, companies and corporate events as he explains how to let the imagination run with potentials not yet imagined.  Our mind reader has spoken at Ted Talks many times and has received stellar responses from his clients and audiences.

A fantastic addition to company retreats, strategy meetings, conferences and exhibitions, this mentalist mind reader encourages companies to push themselves into new territories and think outside of the box.

Having wowed major celebrities and even the then president of the United States, Bill Clinton, our mentalist demonstrates telepathy, mind reading and can even make objects levitate!

Following his phenomenal experiments with the paranormal, he has be approached by thousands of people who are convinced he has some sort of special power. With in depth studies and research in psychology and paranormal phenomena as well as an advanced degree in psychology, our mentalist still continues to search for a solid explanation of the paranormal.

Our mentalist mind reader USA is perfect for corporate events, gala dinners, private events, television shows, exhibitions and conferences whether it’s leaving audiences speechless with his mentalism abilities or inspiring crowds to believe in the impossible in motivational talks.

" The reaction was so strong, so receptive, so admiring that the entire evening came off extra special. Thanks so much for not only excelling at what you do but also caring and relating in such a wonderful manner "

Alan Cooper - VP of Center for Learning and Innovation, LIJHS

" You were great – we appreciate your important role in the evening’s success. "

" I think you will be as intrigued by him as I was. He makes things happen that I can’t explain! That’s mind-blowing! "