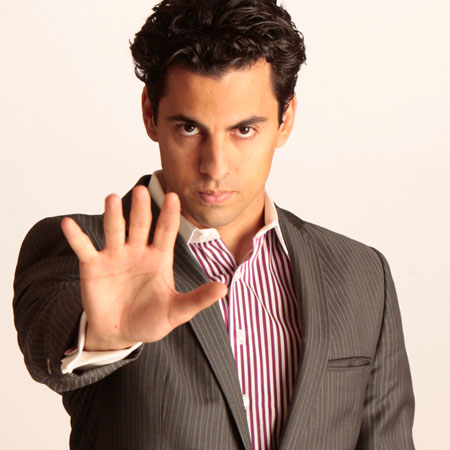 Reasons To Book
Mesmerising close up magician provides the ultimate magic stage show with daring illusions and astounding magic tricks.
America’s Got Talent performer will guarantee to leave your audiences and guests begging for more
Impressive magician has performed in front of clients such as Dreamworks, Rolex and Universal
Illusionist provides the ultimate magician show for corporate events, trade shows and all events where the WOW factor is desired
Based in Las Vegas and available for bookings worldwide
Walkabout Entertainment, Magic and Illusion, Magicians and Mind Readers, Close up Magician, Illusionist, Magic Stage Show, Mentalist

America’s Got Talent performer and mesmerising close up magician provides the ultimate magician show, guaranteed to leave your audiences and guests truly amazed. Scarlett Entertainment's illusionist performs tricks that the audience would never have deemed possible in both his magic stage show and his roaming performances.

Our outstanding close up magician has graced the stage in front of some of Hollywood’s biggest celebrities such as; Michael Jackson, Muhammed Ali, Ryan Seacrest, Tiger Woods and many more. Not only this but Shimshi has performed his corporate magician show for many of the top Fortune 500 companies ranging from Target to Coca-Cola and Merrill Lynch.

Scarlett Entertainment’s close up magician leaves audiences and guests wondering if Shimshi is truly magic. His performances are so out of this world that magic seems like the only logical reason for how he can perform such astonishing performances. Shimshi performs the unexplainable as he performs tricks that make objects disappear and reappear in places there is no explanation for. Our phenomenal America's Got Talent performer also demonstrates his Telepathy and Telekinesis abilities by drawing on audience participation and can bend a coin right in the palm of someone’s hand, Shimshi will leave even the most skeptical audiences speechless!

Having performed illusions for over 21 years, Shimshi is a three time consecutive winner of the Magic Olympics Award and in 2008 graced the America’s Got Talent stage in front of an audience of over 15 million people worldwide. Not only has Shimshi performed for some of Hollywood’s biggest celebrity events but he is also the resident illusionist for the Wynn Resort and Casino in Las Vegas.

Our charismatic America's Got Talent performer and illusionist is perfect for corporate events, private functions and events where the WOW factor is highly desired. Shimshi can offer roaming close up magic as well as magic stage shows to suit your own personal preference and make your event one to remember.

To book our wonderful magician contact our Entertainment Specialists and to see more of what Shimshi can do, head on over to our Mentalism and Illusion page.