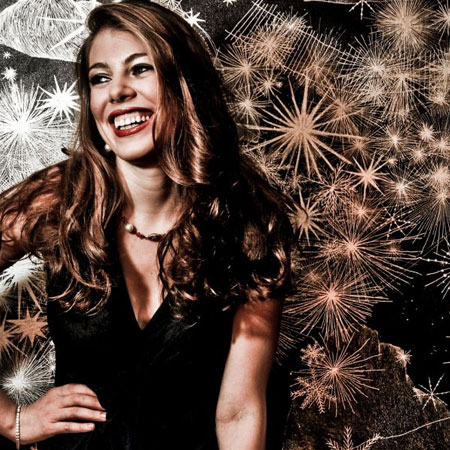 After making her debut at the young age of 14 with the American Symphony Orchestra, Leandra Ramm went on to win a plethora of competitions as a soloist for her outstanding vocals. The mezzo-soprano has toured both in the USA and abroad with a host of renowned Opera theatre companies, landing keys roles in productions such as Rigoletto, Man of La Mancha, Iolanthe, Cosi Fan Tutte, the premier of Mario and the Magician, and more recently the off-Broadway musical Hell’s Kitchen.

Her combined talent and looks have attracted media attention, and she has sung and appeared in television programmes all over the world such as: CNN Anderson Cooper 360, Good Morning America, 60 Minutes Australia, BBC, The View as well as appearing on radio broadcasts and featuring in magazine and newspaper articles.

" Attractive, bright and articulate… she knows what she wants to do with her life, and how to achieve it "

" …Leandra Ramm has an extraordinary voice… For Leandra, the possibilities seem endless. "

" Leandra Ramm is a wonderful opera singer who also performs some pop. She's currently a lead vocalist on the Equinox and will be through Feb 3, 2012. Unfortunately, I won't be able to do a cruise on that ship by then. This makes me really sad because she's an amazing talent. If anyone has seen her perform on the Equinox, do speak up...Well, I hope I get to catch a performance of her on land then. "

" Her ambition and her talent drive her… "