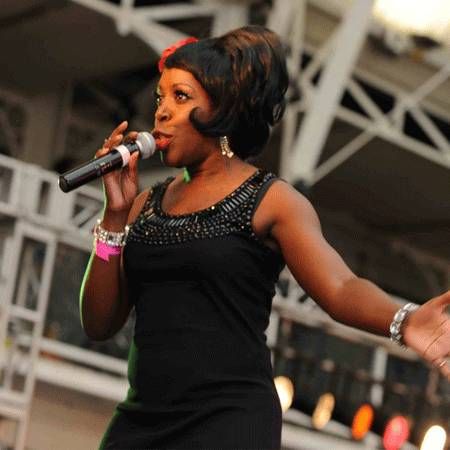 REASONS TO BOOK
Pays tribute to the male & female great singers of the Motown era
Sensational vocals, glamour, class and outstanding costumes
Show can be performed with backing tracks or an amazing 4-10 piece band
Previous clients include HSBC, BT and John Lewis
Based in London and available to perform at events worldwide
Live Music and DJ, Covers Singers and Duos

This Soul & Motown Tribute Show has received repeat bookings from many venues, it provides sensational vocals, glamour, class and outstanding costumes, and a wide range of great Soul & Motown Classics by the likes of The Supremes, Tempatations, Smokey Robinson, Stevie Wonder to name just a few.

Sharn is affectionately known as East London's very own Motown Diva, Sharn is a professional and talented singer who captivates her audience with her heart felt singing, stage presence and powerful yet soothing style. In this Soul & Motown Tribute Show she pays tribute to the male and female great singers of the Motown era. An audience can expect to be delighted, amused, inspired and thoughly entertained as this Motown Diva wows audiences with her live performances. Sharn has fabulous costumes and stage presents, she will take you down memory lane with her Motown Tribute Show which is just the recipe to get any party started.

Sharn has worked as a session singer on a wide variety of projects and has performed internationally for many years which has had her singing in Bosnia, Falkland Islands, Bahrain and Dubai for HM forces and on many Cruises ships.

The Soul & Motown Tribute Show can be performed with backing tracks or with an amazing 4 - 10 piece band.

" We want to thank you for your sensational performance at our wedding. You lit up the place with your amazing voice and electric charm. The singing battle went down so well and is a favourite amongst our friends. "

" We thought she was fantastic and we could have listened to her all night. She is certainly a Motown Diva who Rocks!! We will certainly want a repeat performance at future events. "

" Just wanted to say a huge thank you for all your performances at the Ideal Home show Christmas last week! Everyone that heard you commented on what an amazing voice you have (as well as the girls all eyeing up your shoes!) the sound guys also mentioned how lovely you were to work with. "