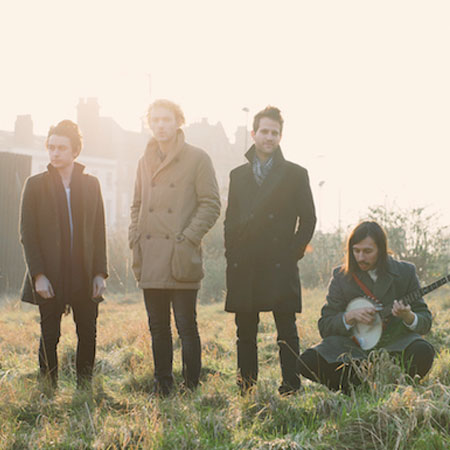 REASONS TO BOOK
Recreate the sound of all the best festival headliners
Their broad repertoire combines popular modern and classic songs
Perform songs by Mumford & Sons to Kings Of Leon and The Killers!
Extremely popular with vintage weddings and themed events
Based in the UK and available to perform at events worldwide
Cover Bands, Irish,Ceilidh,Folk and Country, Live Music and DJ

Consisting of four young professional musicians, this talented covers band recreate with great authenticity the sound of all the best festival headliners, from Mumford & Sons to Kings Of Leon and The Killers!

Their repertoire is focused on modern festival headliners but also features classics from The Beatles, Elvis Presley, The Kinks and more - so you can be sure there is something for everyone on your night! The band also cover the disco before and after live sets, which can be tailored to your tastes, and are happy to perform a 1st dance of your choice for weddings.

They pride themselves on delivering the ultimate festival style live band and entertainment package - which includes 2 live sets, one with upright bass, acoustic guitar and banjo and a second with electric guitars and electric bass.

So if you're a fan of festival headliners like Mumford & Sons and want a band like that to rock your wedding or special event then these guys are the band for you!