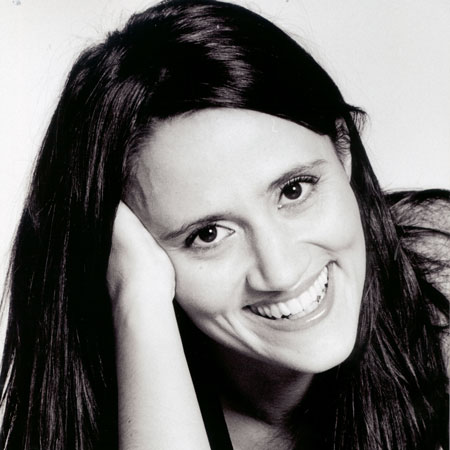 REASONS TO BOOK
Award winning and ground-breaking comedy ventriloquist
Regularly appears on British comedy TV shows and live stand up programmes
Highly sought after for her corporate after-dinner cabaret performances
Clients include Nokia, Deloitte, Caspian Publishing, the Duke of Edinburgh Awards and many more...
Based in the UK and available for events all over the world
Speakers and Hosts, After Dinner and Comedy Hosts

Nina Conti is a ground-breaking comedy ventriloquist, BAFTA nominated filmmaker and British Comedy Award winner. She is highly sought after for her corporate after-dinner cabaret performances with her trusty sidekick Monk.

Nina Conti started being a stand-up ventriloquist in 2002 and shot to fame by winning the BBC New Comedy Award that same year. Famed for her foul-mouthed ‘sidekick’ Monkey (Monk), Nina has won numerous comedy awards for her writing, acting and ventriloquism.

This female comedian is a regular on our screens with hugely successful appearances on Russell Howard’s Good News, Live at the Apollo and The John Bishop Show.  Nina has also appeared on QI, Celebrity Squares, Sunday Night at the Palladium, the Rob Brydon Show and HBO’s Family Tree.

Nina has fronted two documentaries for BBC 4. In 'Make Me Happy: A Monkey’s Search for Happiness' Nina takes Monk on a journey into the world of new age and alternative therapies. She also directed, and produced a well recieved documentary that year, 'A Ventriloquists Story: Her Masters Voice\, in which Nina took the bereaved puppets of her mentor and erstwhile lover Ken Campbell on a pilgrimage to Vent Haven. The documentary went on to be nominated for a BAFTA TV Award.

Contact our team at Scarlett Entertainment to book the comedy ventriloquist for your event.