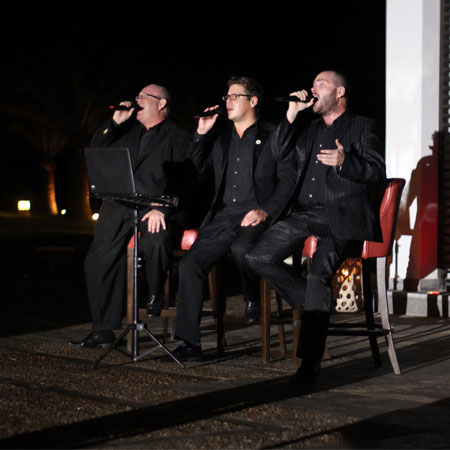 Formed in the latter half of 2013, this acclaimed classical crossover trio have gone from strength to strength performing at high-profile corporate events across South Africa and abroad. From 2014 - 2015 they have been performing across Greece as part of a successful concert tour with a tribute show to Il Divo and the Three Tenors.

Their repertoire predominantly features music from classical crossover composers but also features songs from musicals and pop songs that have been specially arranged for them. The group also perform a range of beautiful songs that they have written and arranged themselves. They can perform their diverse repertoire in a range of languages including English, Italian, Spanish, German and Afrikaans making them the perfect choice for international corporate events.

This captivating trio give world-class performances that will not fail to impress any audience.