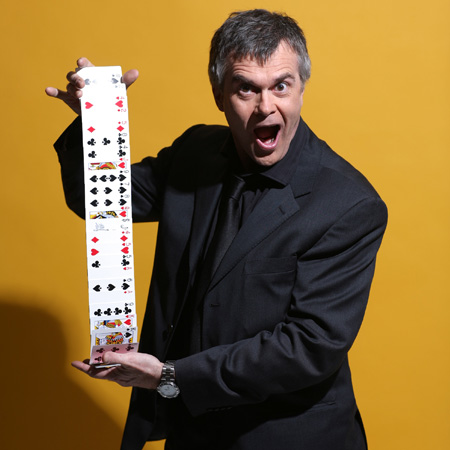 This renowned international magician was crowned World champion of close up magic in 1979 where his skill and ability to come up with amazing card tricks allowed him to beat a number of other magicians from all over the globe.

Aside from performing incredible close up magic, Jean can perform as a mentalist and palm and tarot card Reader.  He has published a variety of successful magic trick books, journals and DVDs worldwide.  One of his more notable achievements was when he directed a video for Warner called "The Lock Poker" on which he reveals all the methods of cheating in poker games.

This hugely talented magician is highly sought after at corporate events, weddings, product launches, hotels and cruise ships throughout France. His shows are a sure crowd drawer and would certainly make any event memorable.