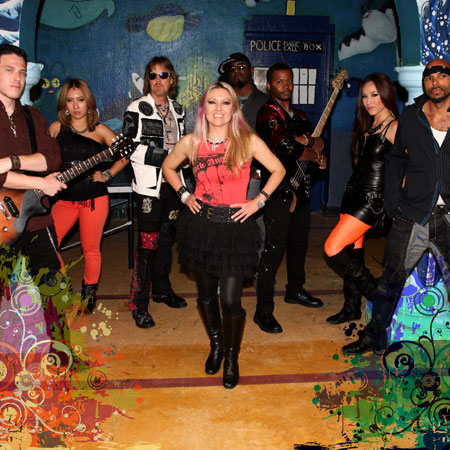 REASONS TO BOOK
One of the most highly acclaimed party bands in the event business
Honoured as "America's Best Dance Band" by the National Music Awards
AwardsFeatures Grammy winning musicians & a Chinese Idol finalist!
Performed in more than 100 countries on 7 continents
Available to perform at events throughout Europe
Live Music and DJ, Cover Bands

This San Diego based group are a multi award-winning international cover band for high-end events. The ensemble has performed in more than 100 countries and hold a Guinness World Record®. The band scored a Billboard Top-10 Hit in 2010 and have been featured on Seven Magazine Covers.

In 2005 they became the first American act to be signed by a major Chinese record label and was chosen to represent the United States at the CCTV kick-off concert for the 2008 Summer Olympics in Beijing. The group has performed at sold-out, ticketed shows worldwide and has received more accolades, awards and recognition than any other party band in the event industry.

The band covers over 600 songs including a multitude of musical styles. This is not your typical cover band but an internationally acclaimed, cutting-edge ensemble that will intrigue your guests and leave them wanting more.

" We've heard nothing but great feedback "

" Never seen the dance floor stay so full for so long "

" Everyone has been raving "