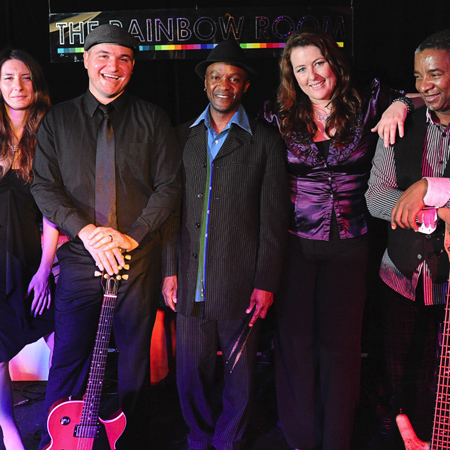 This Cape Town based party covers band was created with the purpose of providing audiences with the highest level of entertainment. Ranging from easy listening jazz background music to high energy (60’s, 70's, 80's and current) R&B, Rock- Pop-Disco, Latin dance music, and vibrant African music, the group provides outmost excitement, getting everybody on the dance floor.

" Absolutely top class band! Saw them at a wedding I was best man at recently, and they were flawless. So much more of a vibe compared to a DJ just spinning discs. Highly recommended! "

" Derek and I just wanted to say a huge thank you for the set you played at our wedding. You were brilliant and the music was excellent. We wanted everyone up and dancing and that's exactly what you were able to achieve. "

" Thank you again for being a part of our special day, you really made it extra special and we loved having you being a part of it. The music was excellent and people could not stop taking about it!!! People were very impressed with the way you all performed "

" This top-class band with excellent instrumental and vocal abilities that will get any crowd in a party mood in no time. I will strongly recommend this band for any type of function or event and we are looking forward to the next show at our venue. "