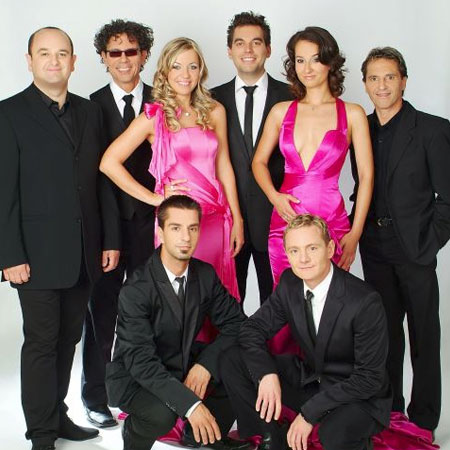 REASONS TO BOOK
High end Party band- popular with exclusive weddings and corporate events
Performed around the world for global brands and huge audiences
An international repertoire of all major hits from the past 50 years
Previous clients include Microsoft, Coca-Cola, Tesco, Hyundai, Google...
"The Best Wedding Band of the Year" - Hungarian Wedding Awards
Live Music and DJ, Cover Bands

This high-end party band perform an international repertoire of all major hits from the past 50 years, as well as the latest from the charts.  They are favourites with high profile Global companies with previous clients including Microsoft, Coca-Cola, General Electric, Google, Tesco, Nissan and British American Tobacco.