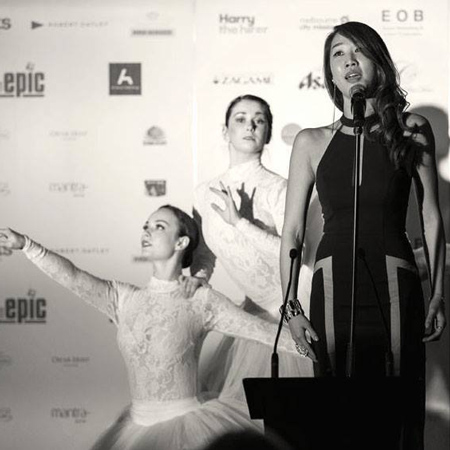 REASONS TO BOOK
Tremendous and versatile female singer, song writer pop artist and opera performer
Sophisticated female singer can deliver opera or pop live music
Got all the judges to turn around for her on The Voice Australia
Function singer that caters for many events types
Based in Australia and available internationally
Live Music and DJ, Covers Singers and Duos, TV Show Talent Acts, Cover Bands, Talent and TV Show Personalities, Pianists

If you are after a super versatile female singer to provide sophisticated live music for your event or social gathering, Scarlett Entertainment has exactly the right option for you. You and your guests will not be disappointed by the incredible voice of our function singer.

A classically trained opera performer who spent years honing her skills and completed a diploma to perfect her craft, she is now also a superb pop artist with her own catalogue of songs. This talented female singer is available to book for your event to perform in either of those styles. Consider having her perform either to a backing track or alongside other musicians.

Book her as a classical performer and she will deliver first class, elegant and sophisticated live music that will have the spectator in awe of her incredibly powerful voice. As a multitalented artist she is able to perform along to a backing track but is equally adept to performing whilst playing the piano. Hiring her as a pop artist ensures your guests will be entertained with a vast array of contemporary covers including some of her own compositions.

With 10 years experience performing live music, our Korean-bored Australia based singer has all the skills needed to impress your audience. As an opera performer she has appeared at various Opera events all over the world including Italy, Korea and also in Sydney. She has won various awards for her Opera abilities including first prize in the McDonalds Opera competition.

After moving to Sydney, Australia this female singer adopted a secondary vocal style to suit more upbeat music and being a career as a pop artist. Now with a successful solo pop artist career she rose to fame appearing on The Voice Australia. Successfully getting all four judges to turn their chairs around for her in the auditions she made it to the final 12 in the competition.

If your want distinguished live music contact us today to book this exciting function singer.