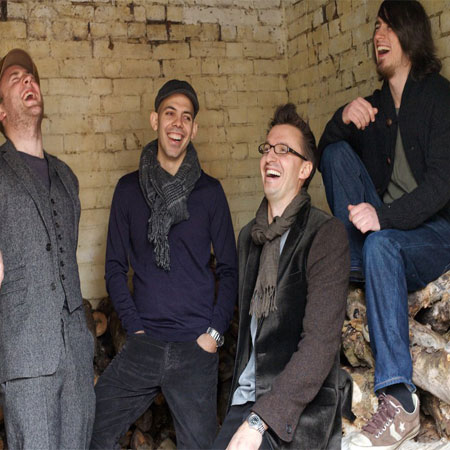 This rock pop four piece from Tunbridge Wells Kent has been relentlessly gigging around the UK since 2009. As testament to their incredible original material and unique folk rock-pop sound, they have released three critically acclaimed albums with a fourth eagerly anticipated by their fans and due to be relaxed in early 2015.

Made up of a charismatic frontman, talented guitarist and songwriter, top bassists and session drummer they have earned a flood of followers. Renowned as one of the best live bands that the South East of England has to offer, they have been compared to music industry heavy weights Fleet Foxes, Paolo Nutini and Kings of Leon and collaborated with Blindeye Films and Northstar Music.

Having played at The 100 Club in London’s Oxford Street and Tommy Flynn’s in Camden to great success, their captivating live performances provide electric entertainment for festivals, clubs, bars, private parties, weddings and more. Irresistibly melodic and captivatingly original this dynamic four piece will blow audiences away.

" … [they] gave an unbelievable performance at last year's Local & Live Festival, resulting in a standing ovation from the thousands present. "